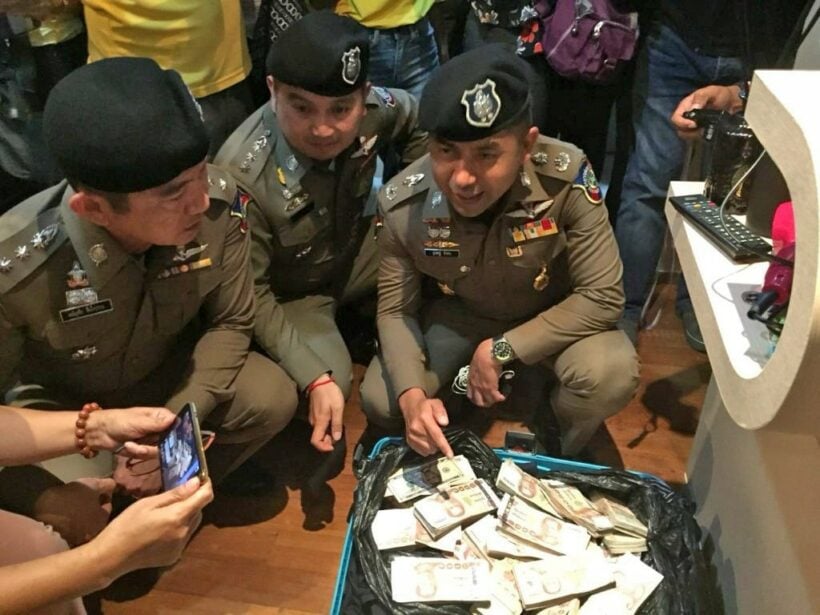 Representatives of the Tourist Police Bureau, based in Bangkok, have arrested 2 Thais, 22 Chinese and 1 Burmese who were allegedly working for a call-centre scam gang that has stolen some 13 million baht to date. The arrests happened in Patong today.

Local Tourist Police Bureau have conducted an investigation and found that many Chinese have been involved in the gangs and are the heading up the setting up of scams in Thailand.

2 Thais, 22 Chinese and 1 Burmese were found to be involved with the local call centre gang.

5 Chinese and the 1 Burmese have also been arrested for over-staying their visas.

Maj Gen Surachet says, “This is a large and sophisticated ‘call centre’ gang. We have had good international co-operation, especially with our Chinese counterparts. We are continuing to crack down on other call center gangs. ”