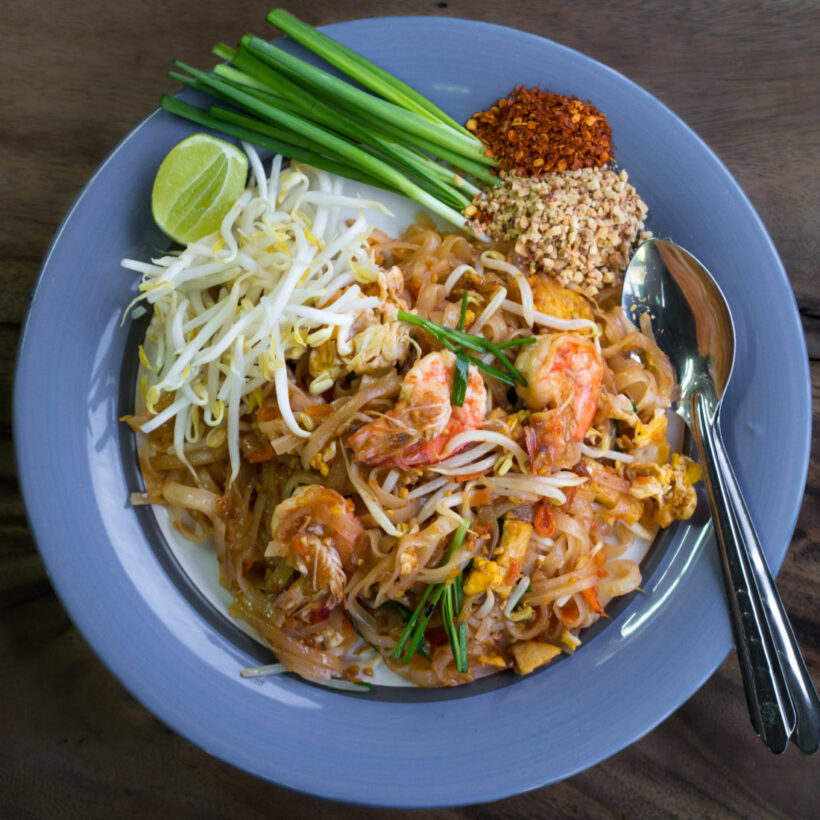 The Thai Disease Control Department says they’re investigation claims by a Perth couple that they went through “two years of hell” after eating a plate of Pad Thai while visiting Phuket on holiday in 2017.

Stacey Barnes and Ryan Prigg from Perth, along with their two children, visited Thailand in 2017. Once back in Perth they both began to feel unwell, drained of energy and struggling even to get out of bed.

Following extensive tests, doctors found that they were hosting Dientamoeba fragilis, a parasite, which they say they contracted from a Pad Thai dish they had eaten at an ‘upmarket’ food court in Phuket, Thailand.

Read the full story and the couple’s claims HERE on The Thaiger.

Commenting on ‘Dientamoeba fragilis’, he explained that it is not harmful to people who are in good health and ruled out the possibility that the parasite came from the Pad Thai because it would have been fried.

Ryan Prigg, speaking on Australia’s Channel 7 news, vowed never to return to Thailand, saying the experience had put them through the worst two years of their lives.

‘Dientamoeba fragilis’ is a species of single-celled protozoa found in the digestive tract of some humans, pigs and gorillas. It causes gastrointestinal upset in some people, but not in others. It is a common cause of diarrhea, chronic diarrhea and fatigue.