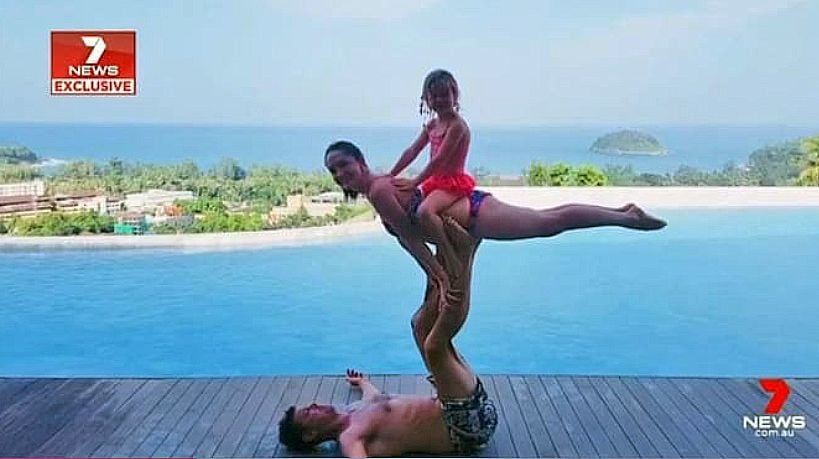 A Perth couple, Stacey Barnes and her husband Ryan Prigg, who ran their personal wellbeing business, ended up unwell for nearly two years, because of a debilitating parasite that they say they caught whilst holidaying in Thailand in 2017.

The have blamed the incident on a rogue plate of pad thai they ate at a food court at an ‘upmarket’ shopping centre in Phuket (not named). The couple paid A$6 per plate, about 130 baht.

Pad thai, or phad thai, is a stir-fried rice noodle dish commonly served as a street food and at most restaurants in Thailand.

They were staying at a “6 star” hotel in Kata, a popular west coast resort beach south of Patong, during their stay. They said the first four days of their stay was ‘perfect’ – sightseeing, hiking and swimming in their private pool attached to their villa – according to the news.com.au report.

“Everything was perfect, we didn’t eat on the streets or go anywhere risky, everything seemed perfect,” said Stacey.

But everything came crashing down when they started feeling ill at their hotel that night.

“Ryan and I both came down with fevers, we knew something wasn’t right.”

The couple reported that they were sweating, “had the shakes” and realised they had contracted some form of food poisoning. They urgently booked the first flight they could get out of Phuket and returned home, very ill and frantic to find out what was wrong with them.

Eventually, long after their arrival back in Perth, Australia, the ‘bug’ was diagnosed as a tiny parasite – Dientamoeba fragilis – which had located itself in their intestines, and, they claimed, ruined their health and the business they were working so hard to build.

They claimed the parasite left them feeling “like zombies” and impacted on their ability to work even making it difficult for them to get out of bed in the mornings. They say some of the side-effects of the parasite gave them wild swings of constipation then extreme diarrhoea. Stacey says they also developed cold sores on their faces and ulcers in their mouths.

Back in Perth they did the rounds of local GPs (general practitioners) in desperation to regain their health. Stacey says they visited three doctors who were unable to identify the cause of their fatigue and illness. One doctor told them… “You’ll just have to learn to live with it.”

“I thought to myself… If I have to live with this, it’s not worth living at all because this was not OK,” she told news.com.au

“I was parenting, we were trying to keep our business alive, and I was working full-time every day with this parasite inside of me.”

But last November, Stacey and Ryan finally found a doctor who was a specialist in digestive parasites and they were final able to get some answers and a proper diagnosis. The doctor diagnosed the problem as “Dientamoeba fragilis” and prescribed antibiotics, iron transfusions, vitamin supplements and probiotics.

“Once we had the infusion, it was like someone had switched us back on and we were ourselves again.”

Stacey and Ryan, now full recovered, swear they will never visit Asian countries again but want their experience to serve as a warning to others, that “these things can and do happen”.

“People get ‘Bali Belly’ and come home and think it’s all good, but that changes your entire gut bacteria for the rest of your life.”

Stacey said the experience forced them to put their business on hold for 10 months – one little parasite changed their lives.

“This had a massive impact on our family and changed the course of our life forever.” 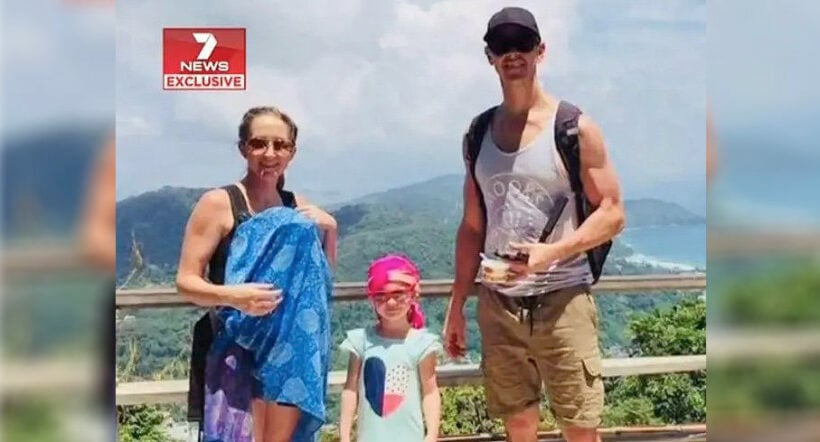