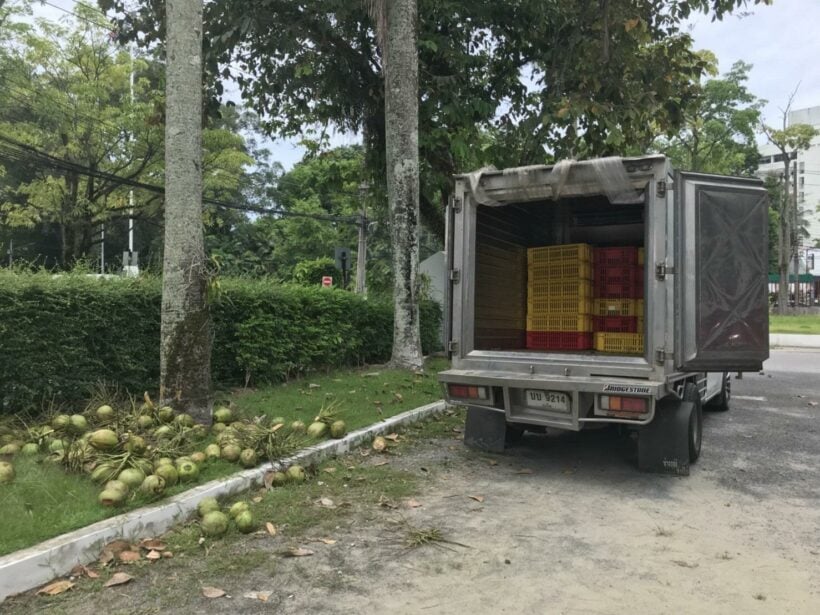 A man has been arrested with 180 kilograms of kratom which were being transferred by a coconut refrigeration truck yesterday in Rassada.

Police arrested 28 year old Tanabat Petmanee from Songkhla. They then seized 180 kilograms of kratom leaves inside his refrigerated truck.

The arrest came after police received a tip-off that Tanabat was transferring kratom to Phuket. Police were notified that Tanabat was driving back to his house in Rassada after delivering coconuts for his employer. Police arrested Tanabat at his house.

Tanabat was taken to the Phuket City Police Station where he has been charged with illegal possession of Category 5 drugs with intent to sell.