Phuket police yesterday arrested a suspect in Phuket who was allegedly involved in a police killing in Phattalung 11 years ago.

On May 10, 2007, 37 year old Maj Wuttichai Jantakan, who was stationed at Tung Tam Sao Police in Hatyai, Songkhla, was murdered in Pattalung. Slash wounds were found on his neck and a bullet wound was found on his right cheek. Police have been continuing the search for suspects ever since and issued arrest warrants.

The arrest follows up the Pattalung Provincial Court issuing an arrest warrant back in 2007 over charges related to theft, murder, illegal possession of firearm and ammunition, and carrying weapon in public without reason.

Kamhang has now been taken to Khao Chaison Police Station in Pattalung awaiting a hearing in the local court.

The arrest came after police saw Kamhang leaving from his house on Friday. Police routinely asked to check his ID but he was unable to provide the card. Police later identified him as the same person wanted over the 11 year old case.

Kamhang had moved from Phattalung and lived in Phuket since 2007. He had even opened a southern Thai food restaurant in Kathu. He also changed his name to ‘Pupa Khunpetch’ to try and evade arrest. 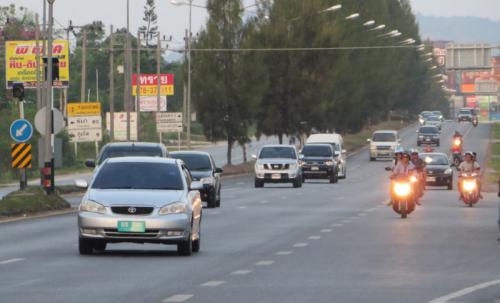