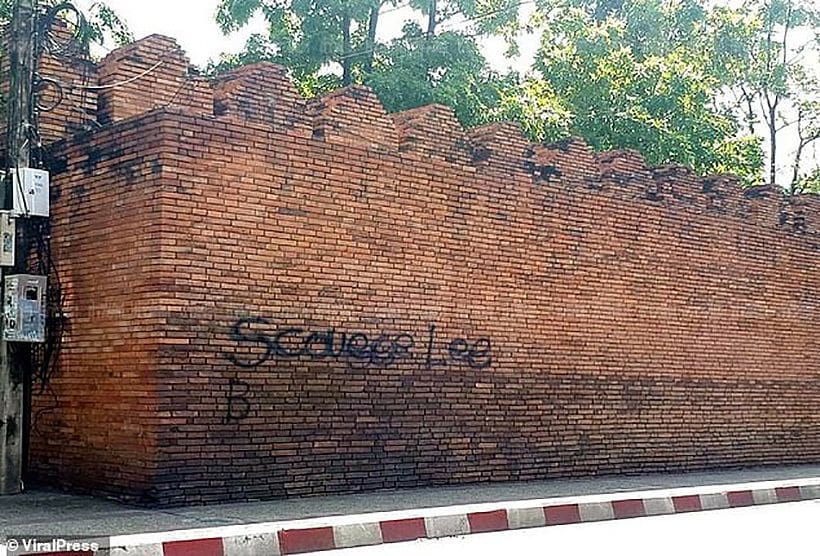 A British and Canadian tourist face up to 10 years in prison after being charged with vandalism. The pair spray-painting graffiti on an ancient city brick wall in Chiang Mai.

Reuters have reported that 23 year olds Furlong Lee (UK) and Brittney Schneider (Canada) were arrested at a guesthouse in Chiang Mai and are being held at the provincial court pending further questioning over the matter.

“They admitted to the crime,” according to police Major Anon Cherdchutrakulthong.

Neither of the artistic pair have been available for comment at this stage.

Police say the pair haven’t engaged a lawyer. They also claim the two ‘appeared intoxicated’ during their artistic endeavours.

The words “Scouser Lee” were painted on the wall, apparently a reference to the English city of Liverpool.

Furlong and Brittney face up to 10 years in jail, a fine of up to s million baht, or both.