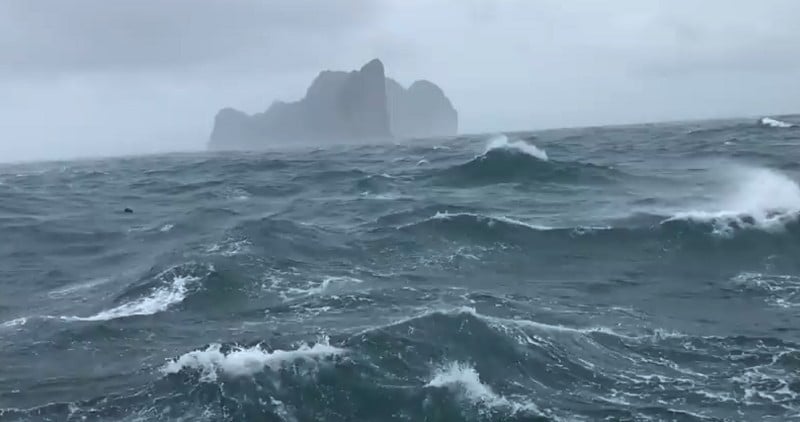 The Phuket Marine Office has announced a warning for boats heading out onto the Andaman Sea from today until August 15.

“Small boats less than 12 metres should not leave from port.”

The announcement, issued yesterday (August 8), stated that due to the 2-4 metres waves in the Andaman Sea (translated)…

The Marine Office also says that boat operators must follow what the officers at each port say. For example, if the weather immediately changes and the officers conclude that they must not leave from port, then they should stay at port.

The orders appear to leave plenty of ‘wriggle room’ for boat operators without breaking the order from the Marine Office. The advice is clearly NOT to go to sea without putting a blanket ban on boats leaving port. 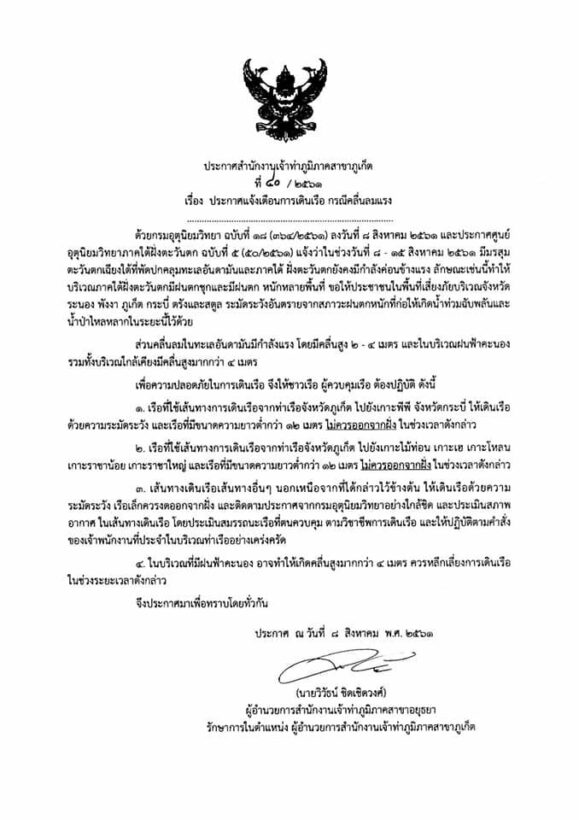