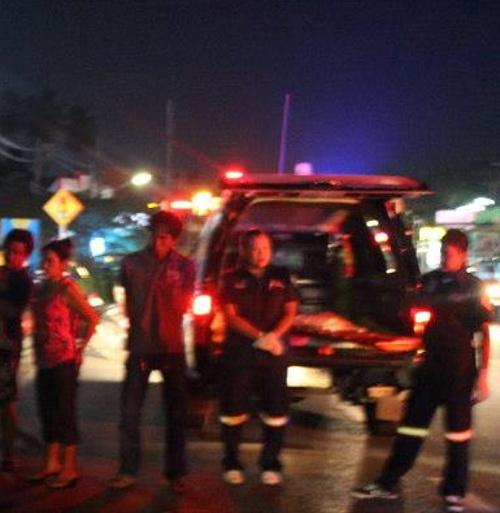 The 31-year-old man, whose name the Phuket Gazette is withholding until family members are notified, overshot a curve while driving a 1000cc Yamaha R1 and crashed into a roadside post near Wat Ladthiwanaram (map here) just after midnight, explained Sub Lt Kraisorn Boonprasob of the Chalong Police.

“A patrol officer saw the man riding back and forth at high speed in the area several times,” said Sub Lt Kraisorn.

“The man was not wearing a helmet. He suffered a cracked skull, broken neck and broken arms; he died at the scene,” he added.

The 31-year-old’s body was taken to Vachira Phuket Hospital.

Billionaire’s bones: another skeleton in closet of alleged Phuket killer

Teen masseuse falls from fourth floor after argument with boyfriend