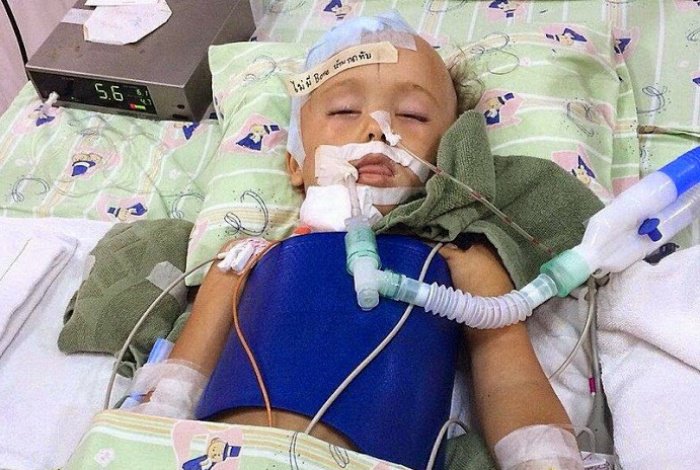 PHUKET: An online campaign is gaining momentum to raise funds for a 3-year-old Russian girl who lies comatose in hospital after falling unnoticed into a swimming pool at a Phuket resort.

Vasilisa Sagunova arrived in Phuket with her parents on March 27. That same day she fell into a pool at the resort where they were staying, reports the Save Vasilisa! Facebook group (click here). The Facebook posts did not identify the resort the family was staying at in Phuket.

Parents quickly realized that Vasilisa was missing and started searching for her, but no one immediately thought to look in the pool.

After finding and retrieving Vasilisa, her parents rushed her to hospital. She received immediate treatment and was then transported to a hospital in Bangkok.

For days, Vasilisa remained in critical condition. Doctors operated successfully to relieve swelling of the brain, but she remains unconscious.

While comatose, Vasilisa is also receiving medication to fight a lung infection.

Doctors at Samitivej Srinakarin Hospital in Bangkok have issued a ‘Fit to fly’ notice, but her parents are scrambling to raise funds to fly their daughter home.

Anyone interested in making a donation can find details for doing so on the Facebook group page here.