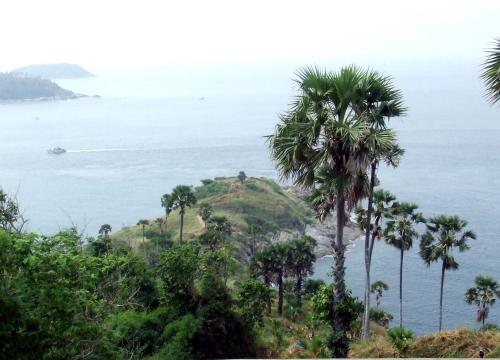 PHUKET: A Russian man was found dead, hanged from a tree in a wooded area near Phuket’s iconic Promthep Cape, at the southernmost tip of the island, on Saturday morning.

Chalong Police received news of the deceased foreigner at 8:30am.

“We found the body of Vladimir Slobodenyuk, 29, from Russia, hanging by a length of nylon rope from a large acacia tree near the soccer field [close to the large wind turbines],” said Chalong Police Capt Thada Sodarak.

“It appears he died about three hours before we arrived.”

The body of Mr Slobodenyuk was first seen by a team of on-duty Rawai Municipality garbage-collectors, who immediately called the police.

“We do not suspect foul play at this stage because we did not find any sign of a struggle. The body has been transferred to Vachira Phuket Hospital for a thorough examination,” Capt Thada said.