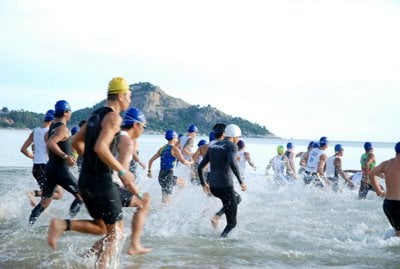 The event will honor Her Majesty the Queen’s 80th birthday.

The event is expected to attract more than 500 athletes from across the globe, making it one of the most popular triathlons in Southeast Asia.

The race is open to individuals and teams with prize money of 200,000 baht split across the different categories. Registration for the event is now open.

The event is supported by the Hua Hin Municipality, Sport Bicycle Company Limited, the Tourism Authority of Thailand and the Thai Hotel Association and is organized by Active Management Asia, a reputable sport event management company specializing in athletic events such as marathons, triathlons, trail running, road and mountain-bike races and adventure races.

For more information on the event, visit huahintriathlon.com