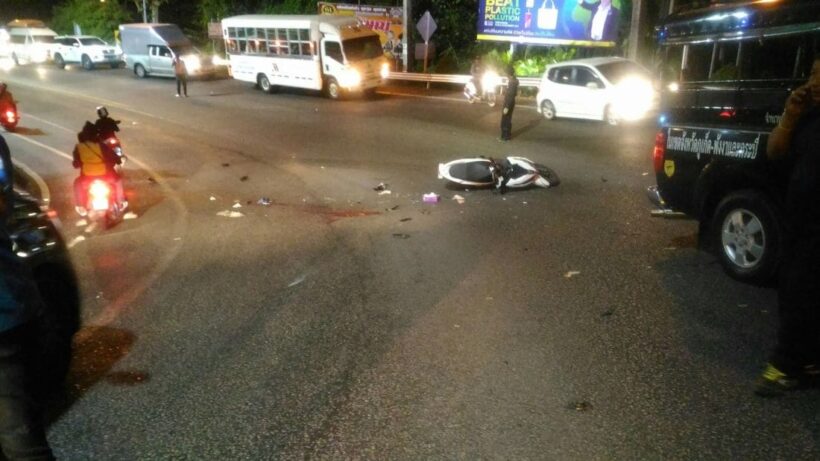 Police are targeting the rental operators of motorbikes when unlicensed foreigners have motorbike accidents.

Police today say they are questioning the renters of the bike involved in Sunday night’s crash on Patong Hill between a pickup truck driven by 47 year old Thavorn Glasueak and a motorbike carrying two Russians, a 29 and 31 year old.

This incident happened at the notorious hair-pin curve on the way up Patong Hill, from Kathu. Police say the motorbike veered out of its lane into the oncoming pickup truck travelling in the other lane.

The two Russians were rushed to Patong Hospital but died.

Anthony was on traveling in Thailand with a friend when he tried to pass traffic on the Kamala to Patong road and drove into an oncoming minivan in the opposite lane.

Read the report of his accident HERE.

Kamala Police report that the rental operator has already been fined 2,000 baht. They also warned other motorbike rental shops to ensure that the riders were properly licensed and took out legal insurance with their rental agreement.

At this stage Kamala Police have not named the rental operator in Patong.

Phuket: Area to have water shut off for 12 days