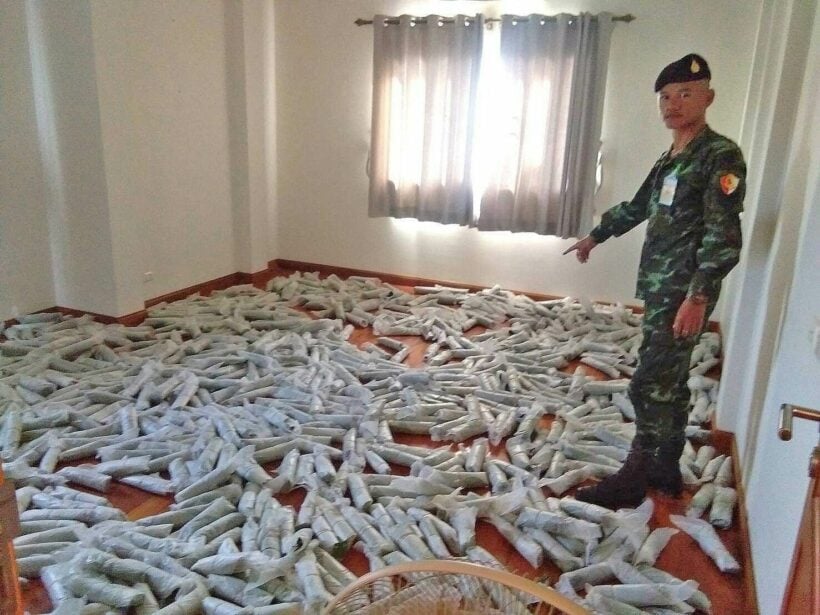 Police raided four target areas in Thalang over the past week in a continuation of their crackdown on drugs. They seized 207 kilograms of kratom, crystal methamphetamine and methamphetamine pills.

A team of The Thalang Police arrested 19 year old Weerachai ‘Bub’ Jitjamnong from Phuket at a rented room in Thalang. Police seized a small quantity of crystal methamphetamine. He was taken to the Thalang Police Station where he was charged with illegal possession of a Category 1 Drug.

Police also raided a house in Sin Suk Thani Housing estate in Thalang where the renter of the property, 35 year old Arnat Tongjan from Phang Nga, was not around to face police. An arrest warrant has been issued for Arnat.

Meanwhile, police didn’t waste their time and seized 157 of methamphetamine pills, 4 grams of marijuana and 207 kilograms of fresh kratom leaves left on the property.