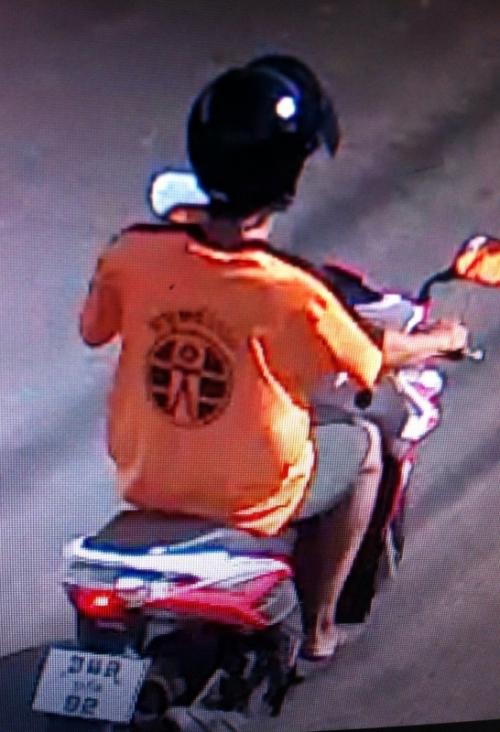 PHUKET: Phuket Police used CCTV images to track down and arrest a thief who snatched two gold necklaces from a woman driving her motorbike in Rassada.

Nathawut Wannakoon, 22, was arrested at his home in Soi Imchit on Chao Fa Road (map here) by Phuket City Police on February 9 for the theft of the necklaces valued at 25,000 baht from the woman, Sine Phothaworn.

“After she reported the theft, police checked CCTV images of the area and found that a camera at the junction at Pracha Uthit-Songkhla Road had a clear image of the thief and his motorbike plate number, so we tracked him down,” said Phuket Provincial Police Commander Choti Chavalviwat.

Police went to the address the motorbike was registered at in Tambon Talad Nua and found the owner, Natthapol Kunbutr, sitting on the motorbike in front of his house.

“Mr Natthapol told police that on the day of the crime, he lent his motorbike to one of his neighbors, Mr Nathawut,” Gen Choti said.

Mr Natthapol took the police to Mr Nathawut’s house, where police made the arrest.

“After Mr Nathawut saw the CCTV images of himself, he confessed to snatching the gold necklaces,” Gen Choti explained.

Mr Nathawut was charged with stealing and for using a motorbike in the crime.