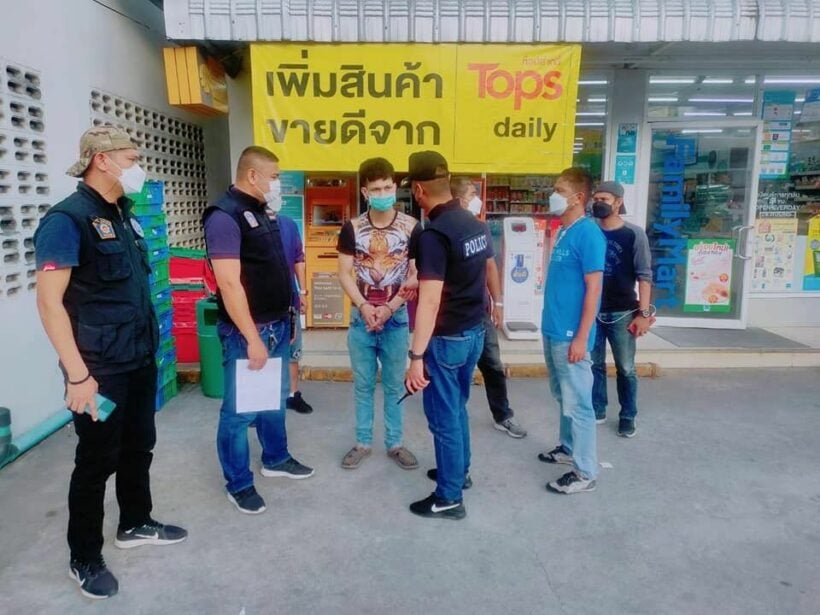 Police arrested a man who allegedly stole 4,900 euros from a Greek family travelling in Phuket. The family had left nearly their cash in their car, thinking it would be more secure than their hotel room where there was no safe to lock anything away while the maid cleaned. The suspect allegedly told police he spent most of the money and only 500 euros is left.

Reports say footage from a CCTV nearby the hotel showed pictures of a man wearing a black hoody and face mask walking around the car park and looking in the cars. Later, at around 5:30am, the man went into the hotel where the Greek tourists were staying. He left at around 6:02am, the same day the Greek tourists say their money went missing.

The Greek tourist Alexandros Alexiadis, who is visiting Phuket with his family, drove his car to Karon Beach at around 5pm on January 25, visited the grocery store, went back to the hotel, and parked his car around 8pm that night. He forgot about the money and left the car unlocked. The next morning, the money was gone. The story went viral on Thai social media, and they even received 51,000 baht from an anonymous donor who wanted to support him while the police were working on their case.

In CCTV footage, the police noticed a shadow on the wall which made it appear that the suspect pulled up on a motorbike. Officers reviewed surveillance camera footage along the route that the suspect might have used to escape and eventually found a video with a rider matching the description. The police continue following the motorbike until finding its registration number and owner.

The vehicle owner told authorities her friend named Kanapong “First” Sakhoncharoen borrowed her motorbike on January 25. She told officers that First told her to borrow a motorbike to visit his mom and brought it back on the next day. First came back with the money and even showed it to her, the motorbike owner says.

The police finally arrested First on Saturday while he was visiting a convenience store near his house. Officers brought him to Karon Police Station for questioning. The suspect allegedly admitted that he visited different places to rob and stole the cash from the car outside the Phuket hotel. 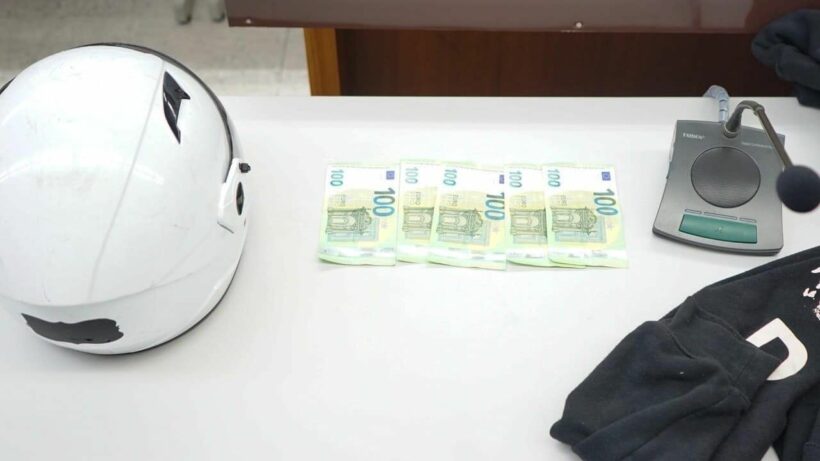 Bluesofa
6 hours ago, Thaiger said: The family had left nearly their cash in their car, thinking it would be more secure than their hotel room where there was no safe to lock anything away while the maid cleaned. {snipped} The…
Alavan
37 minutes ago, Bluesofa said: In a way they were lucky to get ten percent of their money back. I wonder the thief spent 4,400 Euros (around 160,000 Baht) on in a couple of weeks? Surely not somtam. New iPhone,…
danpeter
And he was Thai?? You sure?? Not Burmese, Cambodian or another Farang?
danpeter
12 hours ago, Saunk said: I went in 2017 during my first trip to Thailand and will never go back, didn't like it one bit. Yet you still get involved commenting in Thai news? Time to move on perhaps to…

Cabra
In a country blanketed with CCTV it would seem nearly impossible to get away with any crime without being seen. Good police work finding this guy 👏👏👏