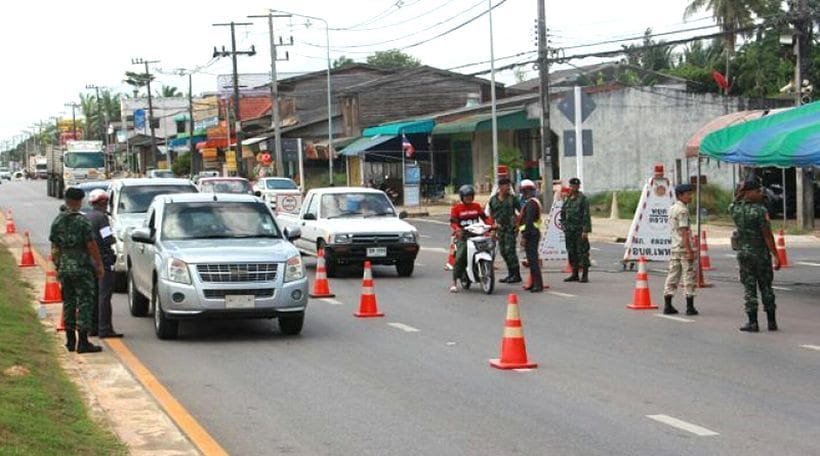 Phuket officials are preparing for the annual ‘Seven Days of Danger’ Songkran safety campaign that will this year runs from April 11 to April 17. The official Songkran day (Thai New Year) is on April 13.

Phuket Governor Phakkapong Tavipattana says, “Road safety is being emphasised for drivers who are over speed limit, ghost riders, running through a red light, not wearing a seat belt, not carrying driving license, overtake in risky areas, drunk driving, not wearing a helmet and using mobile phones while driving.”

“For marine safety, CCTV additional cameras have been installed at piers. Boats and safety equipment are being continually checked.”

“Officers are prepared to cover both road and marine safety. Checkpoints on major roads will be set up to ensure public safety during the annual celebrations.”

“The ‘seven days’ safety campaign runs from from April 11 to April 17 which targets a reduction in accidents and loss of life around Phuket.”

Motorcyclist dies after slamming into power pole in Wichit – VIDEO