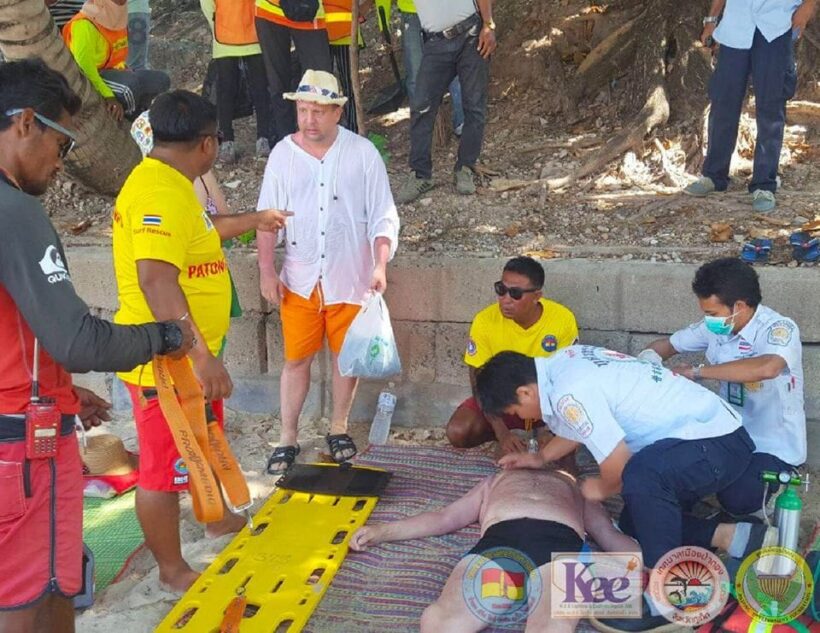 A Russian tourist has been rescued after getting into difficulty while swimming at Patong Beach this morning.

Patong Surf Life Saving report that around 10.45am at Patong Beach a Russian tourist was spotted in the water, choking and fighting to stay afloat after being hit by a breaking wave.

Lifeguards dived in and brought him back to the beach. He had stopped breathing so duty lifeguards urgently applied CPR. His relative says that he has some personal health problems related to his heart.

His heart started to beat again and he became conscious. He was then rushed to a hospital where he is now recovering and reported to be in a stable condition. 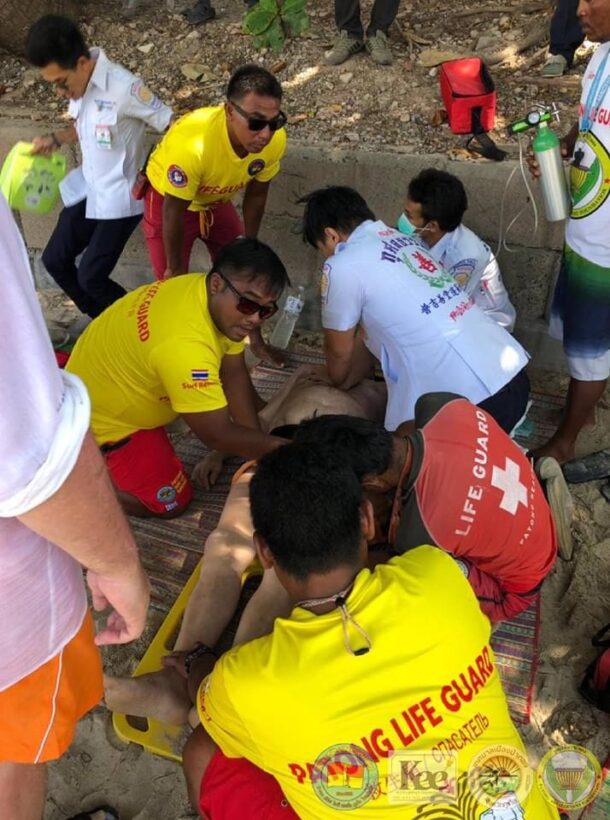 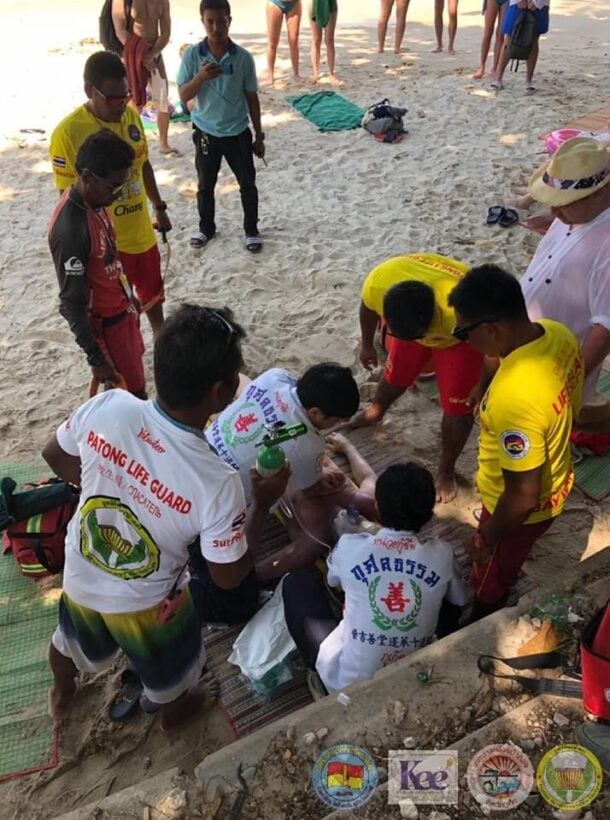 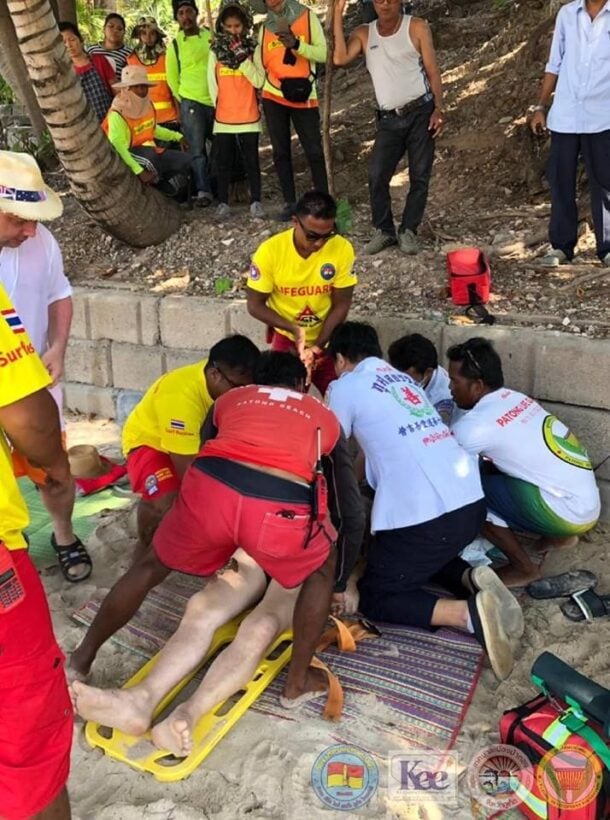 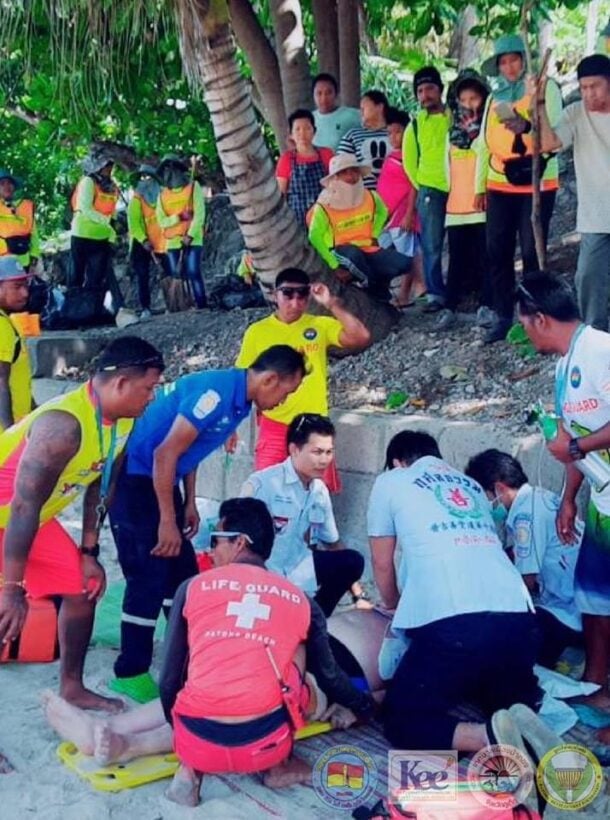 No foam parties for Songkran