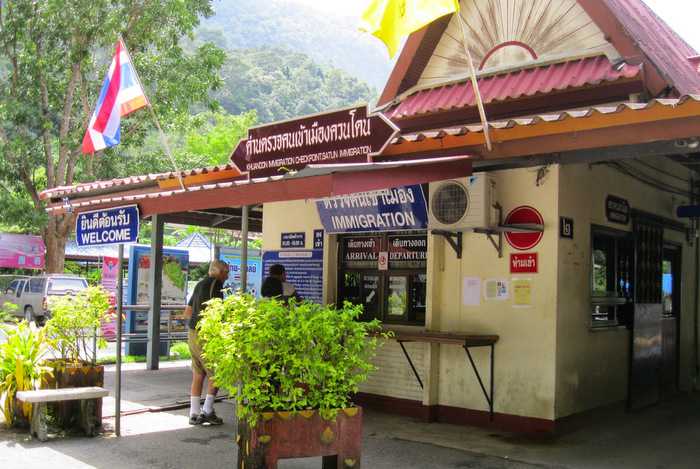 PHUKET: Phuket’s Chinese and Ukrainian tourists are now allowed an unlimited number of re-entries through the popular visa-run checkpoint at Khuan Don in Satun, on the Malaysian border.

However, the same privilege has not been extended to foreigners who enter Thailand on “visa-exemption” status, the same form of entry that sparked the visa-run crackdown earlier this year, confirmed Col Peemadej Sarakul, superintendent of the Satun Immigration Office.

The news comes after 10 checkpoints nationwide were approved to issue visas on arrival to tourists entering the country as of last Wednesday (December 10), Col Peemadej explained.

“Expanding the number of border checkpoints that are permitted to allow visa-on-arrival entries is part of the move to encourage more tourists to visit Thailand in light of the Asean Economic Community [AEC] coming into effect next year,” he said.

There is no limit to the number of times a foreigner may enter Thailand on a visa on arrival, Col Peemadej explained.

“Although people entering the country on a visa on arrival can stay only 15 days, unlike visa exemptions, there are no clear regulations about the number of re-entries a tourist can make on consecutive visas on arrival,” he said.

China and Ukraine are two of 19 countries whose nationals may enter Thailand on a visa on arrival, along with Kazakhstan, India and Taiwan, Col Peemadej explained (click here).

However, Col Peemadej was adamant his officers were checking all foreigners entering the country as tourists, and that the conditions of the visa-run crackdown earlier this year remain in effect (story here).

“Tourists entering Thailand on visa-exemption status are still under the same rules. We will allow only three consecutive entries – and that’s to genuine tourists only,” he warned.

“There might be tourists trying to ‘benefit’ illegally by re-entering the country on a visa on arrival, but we will surely check that their visit is for tourism purposes only. We will ask to see evidence of travel itineraries, hotel bookings, tour bookings or other travel documents.”

“Chinese, in general, are issued more visas on arrival than any other nationals visiting Thailand,” confirmed Col Peemadej.

“And we will keep an eye on all Russian, Korean, Laotian and Vietnamese tourists entering the country – as nationals from these countries have a long-established reputation for abusing the visa-exemption privileges.”

So far, the relaxation of the entry rules for visas on arrival has not spurred a growth in the number of foreigners conducting visa runs to Satun, said Preeyapan Adithepwrangkul, owner of KBV visa run.

“The recent visa-on-arrival change has not yet had any effect on our business, as most of our customers are Russians, who are on the visa-exemption list,” she said.

Ms Preeyapan noted that her business had yet to fully recover from the impact of the visa-run crackdown.

“The visa run is certainly not as popular as it was before the crackdown earlier this year,” she said.