The executive chairman of the Banyan Tree Group is calling for Phuket to be given “green” status, promoting the island as a safe haven for foreign tourists. Singaporean KP Ho was addressing the Phuket Sandbox Summit via video-conference when he called on European airlines, business leaders, and officials to differentiate the southern island from the rest of Thailand.

According to Ho, Phuket could potentially lead the recovery of global tourism, even while places like Bangkok and another 27 provinces find themselves in the grip of a Covid-19 crisis. TTR Weekly reports that Ho has described the Phuket sandbox programme as the example that other places can follow. However, he adds that in order for the programme to be a success, foreign governments need to recognise Phuket as a safe destination, separate to the rest of the Kingdom.

Siripakorn Cheawsamoot from the Tourism Authority of Thailand says the agency supports the suggestion.

“We are trying to propose Phuket to the UK government to be on the green list of destinations, even though Thailand is on the amber list. We are optimistic about the Phuket Sandbox. Phuket is safe, and we will never compromise anyone’s safety.”

The Phuket sandbox has been running since July 1, allowing fully vaccinated foreign tourists to visit the island without quarantine, although they are required to stay in approved hotels and spend 14 days on the island before they can travel elsewhere in the country.

As of today, tough restrictions for domestic travellers wishing to enter Phuket come into force, with a ban on almost all arrivals from elsewhere in the country, with the exception of drivers delivering essential goods and people flying out of Phuket airport. However, sandbox arrivals are not affected. 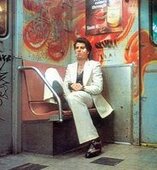 CondoPaidFor,NoCarPayment
1. I disagree with the Sandbox critics. Phuket is an ISLAND. And it is dependent on tourism. So close the bridge totally for the rest of 2021 at least. And continue to allow only vaccinated people with recent PCR tests in…

JamesE
Since when is one hotel owner the "Phuket tourism sector"? @Thaiger, you should really reconsider amplifying the voices of industry outside of the context that the entire world is in a state of weird that most people have never experienced…
BIGGLES
I love the way these  "high flying" business types tell a joke. Cracks me up!
voyager
Don't have any problem with Phuket and Samui sandboxes, in the form they are, at the moment. That is, providing that REAL tourists (not Thais returning home, or expats returning) don't mind the restrictions, e.g. in Phuket, night curfew, no…
Chirochris
A huge government failure! Sandbox project is driven by an expensive arduous website to gain a certificate of entry. It’s taken me over two weeks. Plan on $85-90 swab testing, tracking app, 100k Covid insurance, to mention to a few…