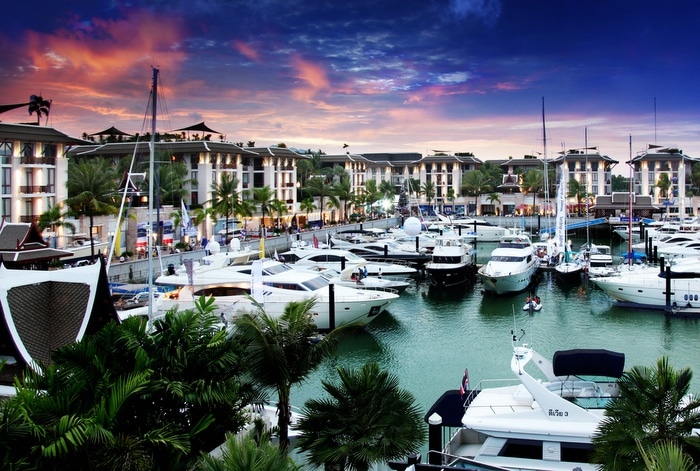 PHUKET: Phuket has been named as a top choice for the launch of a Thailand Yacht Show, to be organized by the Ministry of Transport and Ministry of Tourism and Sports (MOTS).

The location for the yacht show, planned for the end of this year, has been narrowed down to Phuket and Pattaya, explained Deputy Minister of Transport Akom Termpittayapisit to the National News Bureau of Thailand (NNT).

It will offer exposure for yacht manufacturers similar to what car manufacturers are given during the Motor Expo, Prime Minister Gen Prayut Chan-o-cha explained.

Yacht manufacturers can showcase their new, luxurious models at the event, and this will help to promote yacht tourism in Thailand, he added.

“I think Phuket is ready for this. Located on the Andaman coast, we have suitable marinas for this kind of event,” Ratchadaporn Pattana, deputy director of the MOTS Phuket office, told the Phuket Gazette this morning.

“If Phuket is chosen as the location for the yacht show, this will be very beneficial to the province, as it positions itself to be a key port of call for yachts throughout the region.

“Additionally, we will attract more quality tourists, who will have higher per-capita spending in Phuket,” he said.