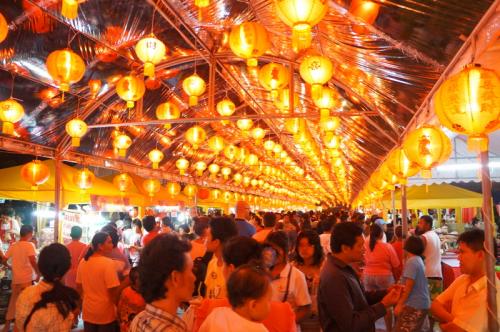 PHUKET: The Phuket Provincial Administration Organization (OrBorJor) has prepared an extravagant celebration to ring in the Year of the Water Snake with the arrival of the Chinese New Year tomorrow.

The celebration is slated to kick off at Sanam Chai (across from Phuket City Hall, map here) at 4pm.

“There will also be three sets of firework displays starting at 8:50pm,” he added.

After a variety acrobatic performances and firework displays, Jetrin “J” Wattanasin, a well-known Thai performer, will grace the stage.

“I’m sure this free event will be unforgettable for everyone who attends,” President Paiboon added.