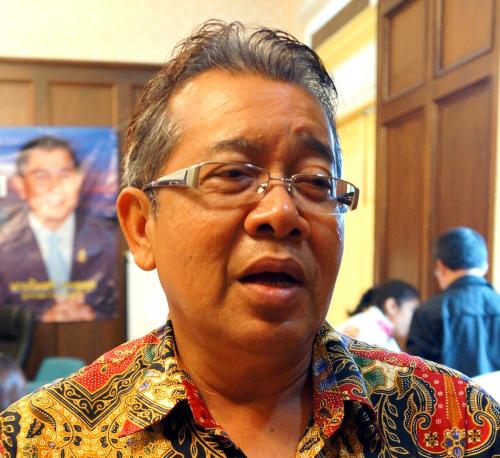 PHUKET: Phuket is one of several main tourism destinations in the country that will not be promoted under the Tourism Authority of Thailand (TAT) international marketing campaign for next year.

Instead, the focus will be on less-developed tourism areas, Director of the Phuket-TAT office Chanchai Doungjit revealed yesterday.

“This will give popular destinations such as Phuket time to develop their infrastructure and fix some problems, such as water pollution, traffic jams and public transportation,” Mr Chanchai explained.

The move to divert any potential tourism growth in Phuket is designed not only to promote other regions, but to allow the island to focus on “upgrading” the quality of visitors to the luxury market, he said.

“The main tourism centers will be promoted again during the 2016 campaign,” he added.

The slogans for the 2014 TAT promotional campaign are “Amazing Thailand: Happiness you can share” and “Fall in love Thailand”.

A plan to generate 2.2 trillion baht of revenue from tourism by 2015, when the Asean Economic Community (AEC) will come into effect, is based on developing the theme of “Higher Revenue Through Thainess”.

The target numbers for 2014 were set by Prime Minister Yingluck Shinawatra, with about two-thirds of the revenue being generated from foreign tourists and the rest created by the domestic market, said Mr Chanchai.

In 2014 the plan will target those interested in weddings and honeymoons, medical tourism and community-based tourism.

“For medical tourism, the TAT plans to promote traditional Thai remedies and treatments, as well as spa services,” he said.

“We will contact insurance agents and companies in other countries, inviting them to come and inspect the facilities and services available in Thailand,” Mr Chanchai said.

Mr Chanchai explained to those at the meeting that he felt secure in Thailand’s footing for community-based tourism. Nonetheless, the TAT will promote homestay packages and tours that highlight village life in Thailand.

One of the domestic campaigns geared to bolster low-season tourism is “Fly Me To The South”, which is promoting discounted flights and hotel prices for Surat Thani, Haad Yai, Nakhon Sri Thammarat, Krabi and Phang Nga from July to September.

The last campaign geared toward the domestic market highlighted by Mr Chanchai was “Let’s Go South”, which is an online campaign promoting cultural centers.