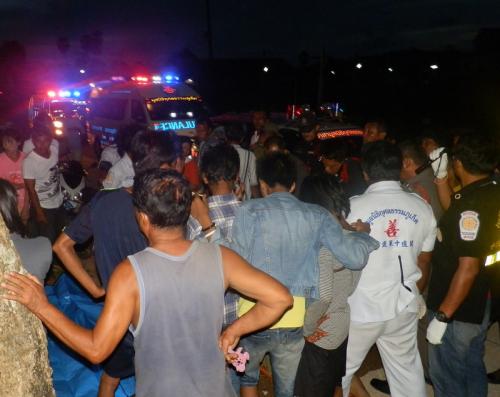 PHUKET: Police are investigating the death of man whose body was found in a canal in central Phuket late yesterday afternoon with a deep cut under his chin.

“We believe he died a day before his body was found,” Maj Kitthiphum said.

“He lived in Srisoonthorn, Thalang. We were told he often drank alcohol,” he added.

“We did not any find valuables on his person,” Maj Kitthiphum said.

Kusoldharm Rescue Foundation workers transported the body to Thalang Hospital for a post-mortem examination in order to identify the cause of death.

“We are continuing our investigation. Once the hospital has confirmed the cause of death, we will decide whether or not to pursue this as a murder investigation,” Maj Kitthiphum said.

The rise of ASEAN football