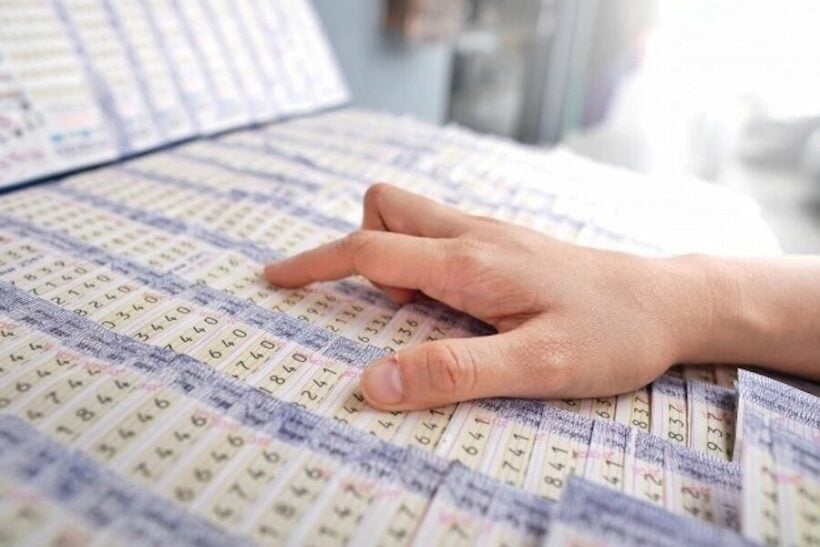 After praying at several temples with high hopes, one Phuket man’s dream of winning the lottery has come true! The man, who lives in Ratsada on Phuket’s east coast, won 18 million baht yesterday, which just happened to be April Fool’s day. The national Thai lottery is drawn twice a month.

But the winning was no joke. The man, Panuwat, says he has struggled with debt, and was even 10 million baht in debt a few years ago.

Panuwat had been regularly buying lottery tickets, and visiting temples to pray to a ghost that many Thais believe grants people financial fortune. Panuwat says he plans to use his winnings to build a better house for him and his family to live in.

“I worked extremely hard to pay off that debt, taking every possible job I could such as fast food delivery services, laundry services, and working at a market stall”.

Panuwat said the winning will now help him entirely clear his debt, once and for all. Though he now lives in Phuket, Panuwat comes from the village of No Sai Thong in Ratsada in Thailand’s South. He is 38 years old.

Like many Thais, Panuwat bought lottery tickets that had numbers corresponding with something in his personal life. He said he regularly bought two or three Lottery Plus tickets with the numbers 8618, which correspond to his license plat registration number. Thais also use all sorts of special or significant numbers which they could regard as auspicious or lucky.

Earlier this month, a monk in Nakhon Phanom who won 18 million baht in the lottery, like Panuwat did, gave the money away to locals, temples, and organisations. He said he believed the money he won belongs to the angels and he didn’t want to keep it for himself.

Fanta
This guy needs to leave the country before the cops hear about this.

Pinetree
How did he get into 10 million of debt? Sounds like his 18 million will not last long.

Faraday
10 minutes ago, Pinetree said: How did he get into 10 million of debt? Sounds like his 18 million will not last long. Buying lottery tickets, allegedly.
HolyCowCm
I have a hard time thinking it was only a few tickets every time. People like this are more like 20 - 30 tickets not 2 or 3.

Bluesofa
23 hours ago, Thaiger said: and visiting temples to pray to a ghost that many Thais believe grants people financial fortune 'pray to a ghost' Then people ask why I'm an atheist, and why I openly laugh at this stuff.…