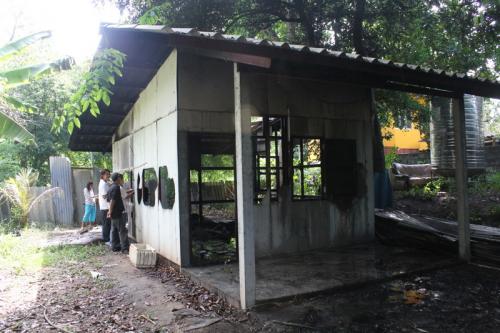 “No one lived in the building. We used it to store some small stuff for the factory,” Mr Punnatorn said.

Disaster Prevention and Mitigation officers took about 20 minutes to secure the area and prevent the fire from spreading.

Police suspect the fire was caused by an electrical short.

No injuries were reported from the blaze.