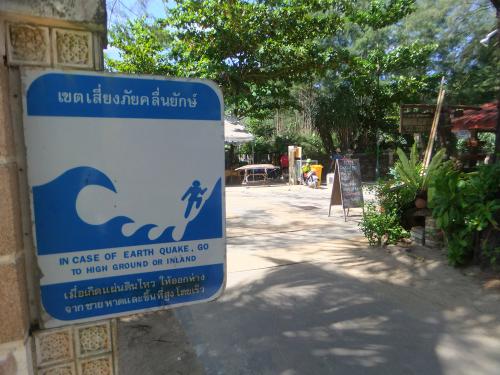 PHUKET: The Phuket community will honor those who died in the devastating tsunami that struck the island nine years ago with a ceremony at the Tsunami Memorial Wall in Mai Khao followed by the traditional “Light Up Phuket” candle-lighting ceremony on Patong Beach.

Thai official figures state that the tsunami killed 5,398 people and that more than 3,700 disappeared in the waves that struck Phuket and the Andaman coast on December 26, 2004.

In Phuket, hundreds of tourists, expats, local residents and migrant workers died or disappeared; hundreds also died in Phi Phi, where the devastation was horrific. In Phang Nga province, north of Phuket, the death toll numbered in the thousands.

The ceremony at the Tsunami Memorial Wall on December 26 this year will begin at about 8:30am.

After welcoming speeches, a minute of silence will be observed at 9:30am, followed by a multi-faith service.

Wreaths will be laid along the wall from 10:30am, with the ceremony drawing to a close at midday.

At 6:30pm, the annual Light Up Phuket candle-lighting ceremony will be held on Patong Beach.

Each year, thousands of people turn out to dig holes in the sand and place lit candles within to remember tsunami victims.

This year, the memorial event will be held at Loma Park (map here), starting at 6:30pm.

As part of the event, prizes will be awarded to the winners of the Light Up Phuket drawing competition, organized by the PPAO and held under the theme “Nine Years of Remembrance”.

The competition is open to all ages, with entry categories ranging from 5 years old to open.

Once registered, budding artists will have from 1pm to 4pm to create their masterpieces.

Judges will review the entries from 4:30pm to 5:30pm, and hand over their decisions to the PPAO to be announced at the Light Up Phuket service in Patong on December 26.