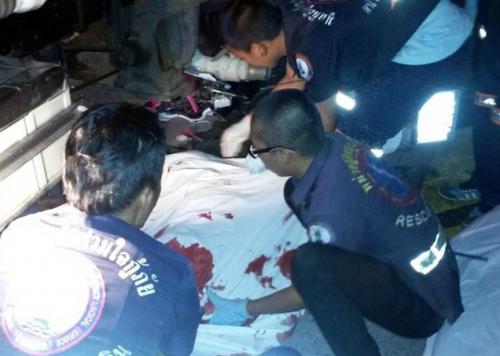 PHUKET: A 15-year-old girl was killed by a water truck at the yet-to-be-opened Makro store in Rawai last night.

The 48-year-old driver, Utai Suwannachoti, fled the scene, but surrendered to police this morning.

“When we arrived at the scene, we found a water truck stopped in the middle of the road with a lot of onlookers surrounding it,” Capt Wuttiwat Liang-boonjinda of the Chalong Police told the Phuket Gazette.

Phuket student Janejira Pasompet, 15, was lying in a pool of blood with a fractured skull. Police did not find a helmet at the scene.

“The Honda Click motorbike she was driving was stuck beneath the truck,” said Capt Wuttiwat.