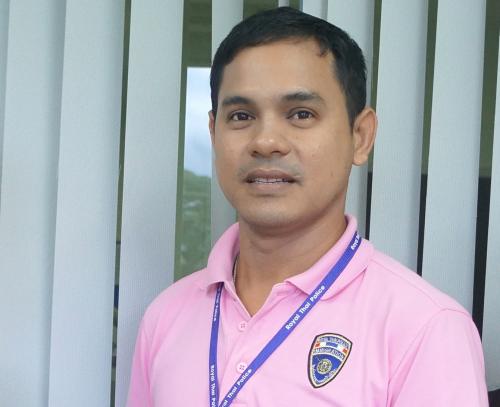 PHUKET: Officers at Phuket Immigration are calling for all foreigners whose passports are set to expire within the coming year to ensure they are issued new passports and apply – and are issued – new long-term permits-to-stay* before their current permits expire.

“The regulation is now in effect in Phuket, and all other immigration offices across the country,” Col Napat said.

Under the new regulation, immigration officers will no longer issue one-year permits-to-stay that extend beyond the expiry date on a passport.

“Previously, 12-month permits-to-stay could be issued in the current passport, and later transferred into the new passport. That is no longer possible,” Col Napat said.

However, the new rule will not affect those who already have been issued permits-to-stay.

“Foreigners who already have a permit-to-stay that extends beyond the expiry date on their passport will be allowed to have their current permit-to-stay transferred into their new passport when it arrives,” Col Napat said.

“The new rule will phase this out,” he added.

“We have not received any complaints about the new rule so far, but we would like to avoid complications later on,” Col Napat said.

“We strongly suggest that people have at least 18 months left on their passports when they apply for 12-month permits-to-stay. This gives them enough time to apply for their next passport and next permit-to-stay,” he said.

“We are having a sign made to explain this to foreigners who come to our office in Phuket Town [map here],” Col Napat added.

* Long-term permits-to-stay issued by immigration are commonly referred to by many foreigners, although mistaken, as “long-stay visas” or “visa extensions”.