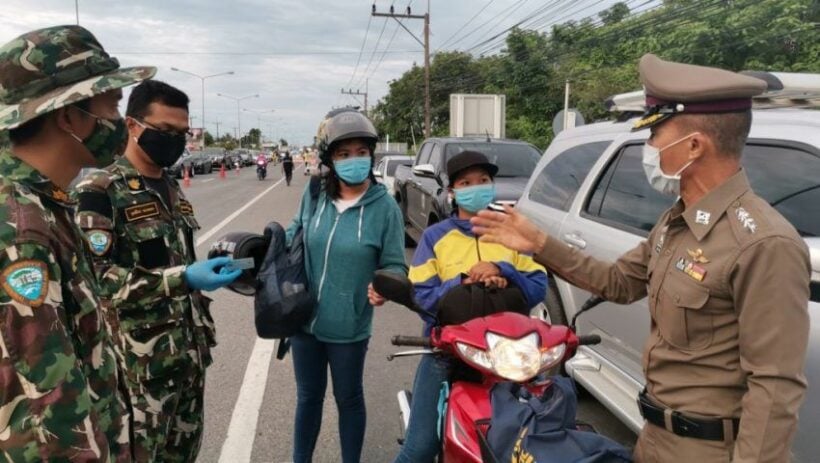 Thousands of residents and inter-provincial workers, trapped in Phuket for the last month due to Covid-19 and the complete shutdown of the island, began leaving yesterday. With unfortunate results. The lockdown was soon reimposed after the road from Phuket to the Tha Chatchai checkpoint became jammed with with cars from tao early as 5am, stretching back several kilometres.

In a quick U-turn, the road off the island was once again closed in the afternoon, forcing hundreds of cars to turn around, and police announced that no more will be allowed to leave until tomorrow (Sunday). No explanation was given except that the decision was made after discussions between outgoing Governor Phakaphong Tavipatana and the government in Bangkok.

Phuket closed its borders a month ago, banning both entry and exit by land, sea and air, stranding tens of thousands of Thais and foreign tourists. Many recently unemployed Thais from other provinces were prevented from returning home.

The ban on leaving Phuket ended at midnight on April 30, and the road reopened at 5am yesterday, an hour after the night curfew ended.

It’s not known how many managed to leave the island through the northern checkpoint yesterday, but around 40,000 people registered to leave Phuket, applying online or informing local authorities in advance. The deadline was Thursday. 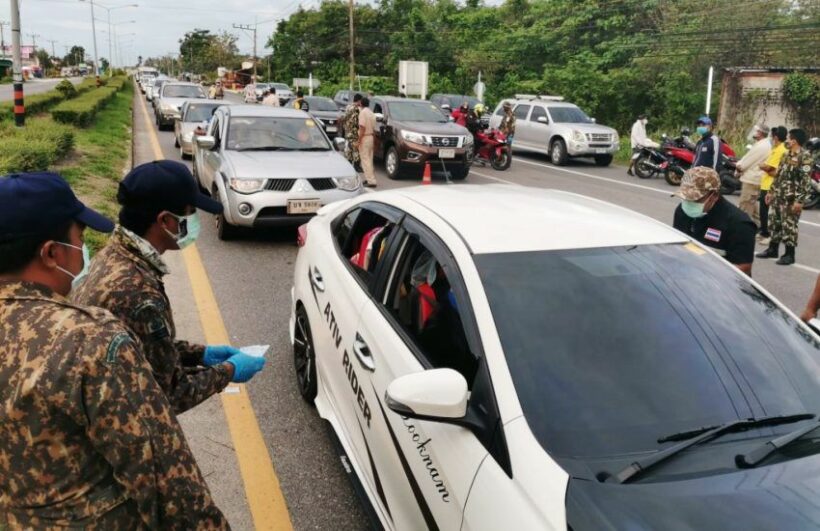 The exit flow is now going to be controlled. The island will allow only 5,000 people to leave each day, half of them in the morning and the rest in the afternoon. At this rate it will take more than a week for them to leave, according to the Bangkok Post.

Meanwhile, authorities say people leaving can’t come back at this time, so it’s a one-way exodus only at the moment. Thailand’s Civil Aviation Authority also extended the closure of Phuket airport until May 15.