Yesterday two Phuket boys did the right thing and returned a small bag to Police after they found it at Khao Kard – an Ao Yon viewpoint in Wichit.

Wichit Patrol Police were delivered the bag by 14 year olds Peerayut Chaitin and Arneen Yukunthorn. They are both studying at Phuket Wittayalai School.

Police say the boys told them that they found the small bag on a chair at Khao-Kard – Ao Yon Viewpoint in Wichit. Inside there was a passport for a 38 year old Chinese man name Liang Yinghong. There were 100 Yuan Chinese bank notes, 6,000 baht in Thai cash, two Chinese ID cards and two Phuket International Airport departure cards.

Police braked down Mr Liang Yinghong who came with police to the Wichit Police Station to thank the boys and get his belongings back. We don’t know if there was a reward but the boy’s smile says they know they did the right thing. 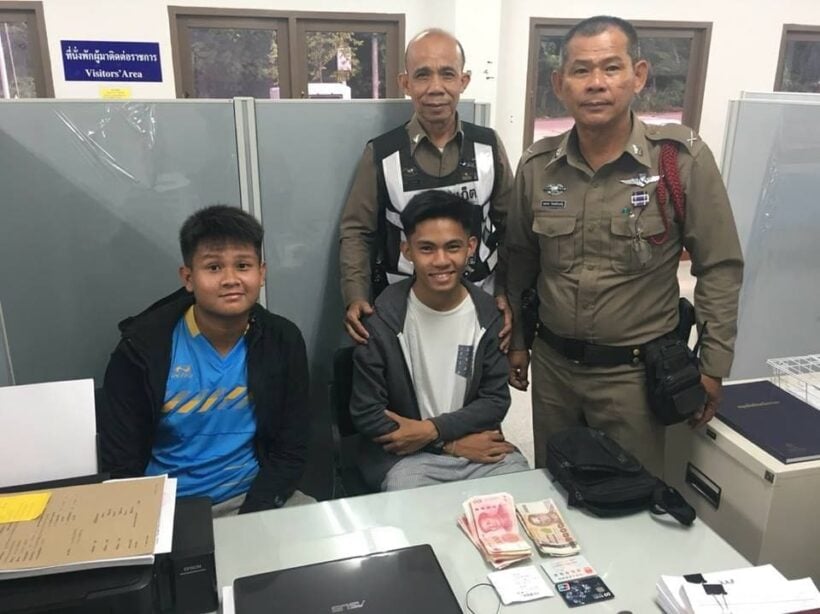 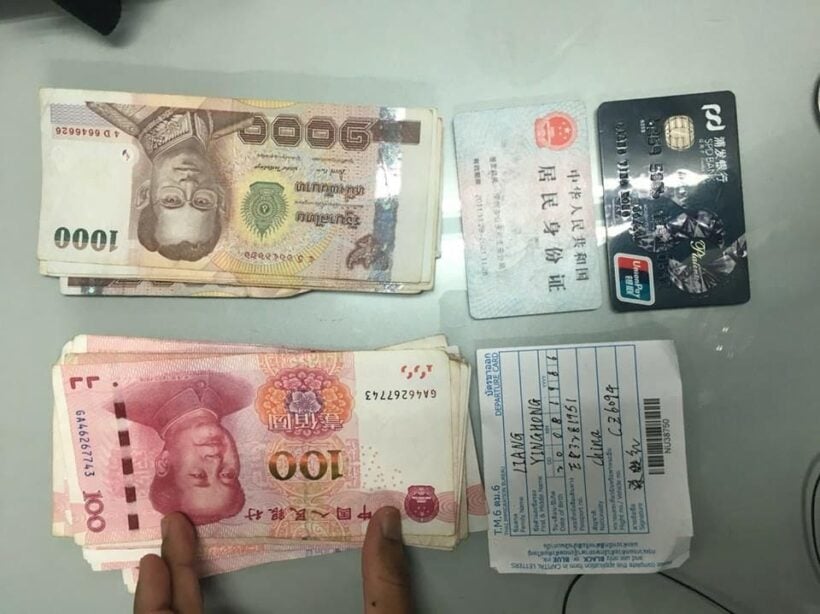