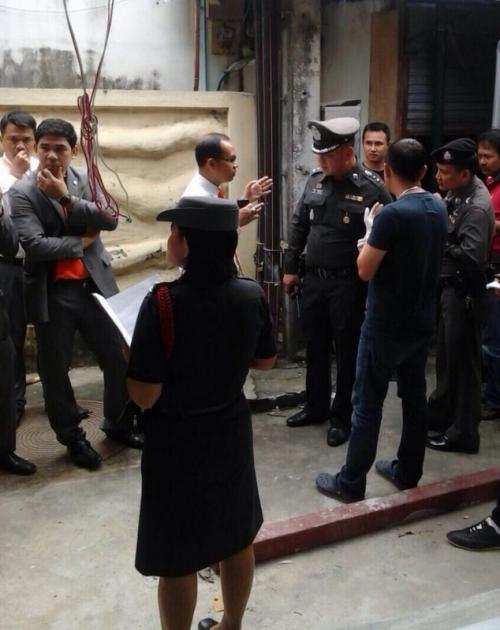 PHUKET: Thieves who used a blowtorch to break into an ATM in Patong early yesterday morning made off with 220,000 baht, but left 1.4 million baht in the machine.

The robbery, at the Thanachart ATM opposite Loma Park on the beach road (map here), took place at 4am, said Patong Police Superintendent Chiraphat Pochanaphan.

“The machine contained 1.7 million baht, but the thieves stole only about 220,000 baht as they did not empty the bottom cassette, which contained the 1,000-baht notes,” he explained.

The robbery yesterday resembled one at a Boat Lagoon ATM less than a month ago (story here).

Delays in reporting both robberies have Phuket Police anxious to upgrade security protocols with area banks.

The ATM heist in Patong before dawn yesterday was not reported to police by bank staff until 3pm, said Col Chiraphat.

When police arrived at the scene, they found two bottles of gas and one pair of gloves.

“Thieves used a blowtorch to break through the back of the machine. We’re checking for fingerprints now,” Col Chiraphat said, adding that police were also questioning people in the area and examining footage from nearby CCTV cameras.

“The security alarm in the bank headquarters in Bangkok was activated when the theft took place, but no action was taken. The staff notified police too late, about 11 hours after it happened,” he said.

There was also a delay in reporting the robbery at the Siam Commercial Bank ATM at the Boat Lagoon on November 7. That robbery occurred at about 2am, but was reported nine hours later.

The delays prompted Gen Ong-art to call for discussions between police and banks to improve bank security.

“I will suggest that their alarm systems be connected to police stations so that we can respond immediately,” he said.