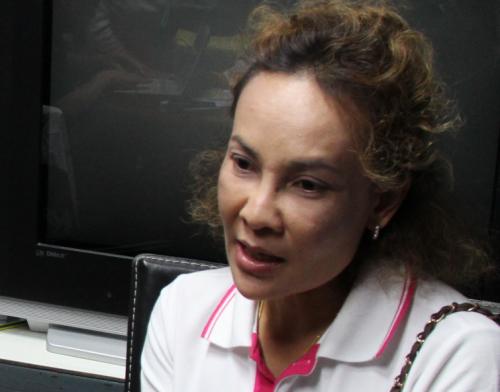 PHUKET: An inconclusive police investigation has prompted a Phuket woman to publicly appeal for help in unravelling the mysterious “sex noises” she keeps hearing at her Chalong home.

Onanong Waltham, 46, accompanied by her housemate Sujittraporn Tephabutra, made her public appeal at the Phuket Press Club yesterday afternoon.

“Also, late at night, my phone rings and I answer it, but all I hear is a man’s voice saying he wants to make love to me. When I call back the number, I get some guy in Rayong province,” she said.

In the belief she was being stalked, Ms Onanong filed a complaint with the Chalong Police.

“They came to my house and even heard the same noises, but they couldn’t find where the sounds were coming from,” she said.

Ms Onanong now fears her claims are not being taken seriously.

The incessant moaning has forced Ms Onanong to seek advice from more traditional members of the community.

“I have even seen a mor doo [local soothsayer] and a spirit medium for advice, but nothing seems to have helped. I now think that someone is using black magic on me,” she said.

Ms Onanong invited anyone to help establish the true cause of the moaning and the source of the phone calls.

“If anyone thinks they can make the noises stop, please contact the Press Club at 076-244 047 or email phuketreporter@gmail.com,” she urged.