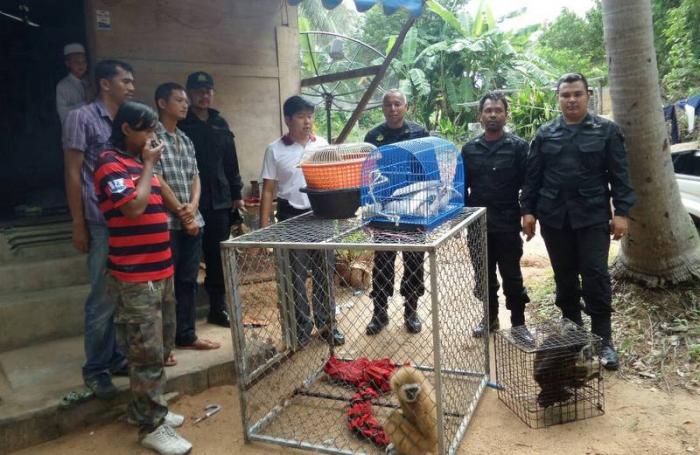 PHUKET: Phuket-based animal welfare organization the Wildlife Friends Foundation Thailand (WFFT) has launched an online petition to get the Prime Minister’s backing to put a stop to wild animals being used in the tourist trade in the region and other tourist destinations in Thailand.

The campaign, ‘Stop the Killing and Exploitation of Wild Animals for Tourism’, was launched yesterday.

“We need at least 5,000 to 10,000 signatures from supporters before we submit the letter to the prime-minister for help,” said WFFT founder Edwin Wiek.

More than 1,400 people have already signed the petition.

Gathering signatures is the first step in the campaign. The next step is to go directly to tourist destinations in Phuket, Samui, Krabi and Pattaya, where touts encourage tourists to have their photograph taken with wild animals, explained Mr Wiek.

“We will explain to the tourists that this activity is illegal and ask them to co-operate with us and stop supporting the touts,” he said.

To view the petition and see the letter to be sent to the Prime Minister, click here

To change the language of the web page content, select your preferred language at the bottom of the page.

Last year, former Miss Universe Natalie Glebova created controversy when she posted a photograph of herself on Instagram posing with a gibbon in Ton Sai (story here).

Ms Glebova later explained that when she took the photograph with the gibbon at Phi Phi she was completely unaware of the implications. She then pushed to raise public awareness about gibbons being illegally owned and used as props for photo opportunities (story here).

Chief of the Thung Talay Non Hunting Zone, Suwat Suksiri, told the Phuket Gazette that stricter enforcement and more severe penalties for those caught in possession of protected wild animals would be a deterrent.

“The touts can make more than 500,000 baht a month during the high-season but the punishment is a maximum fine of 4,000 baht, four years imprisonment or both, which is hardly a deterrent,” Mr Suwat said.

“It is a very low fine. Moreover, when the case goes to court, the fine is sometimes reduced to just 1,500 baht and the prison term reduced to a two-year suspended sentence,” he said.