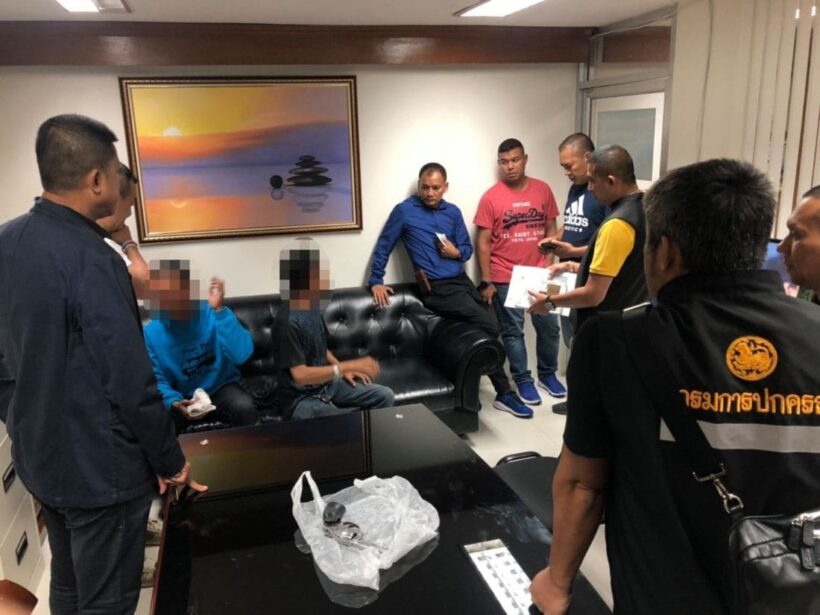 Two Tuk Tuk drivers have surrendered after a Patong entertainment staff member was shot and killed early yesterday. Patong police were notified of the incident at 4am Sunday morning in Soi Patong Tower off Taweewong Road (the beach road).

Police and emergency responders arrived to find the body of a man who was identified as 45 year old Panya Kingjampa, a staff member at an entertainment venue. Blood was found on the ground where his body was laying. His body was taken to Patong Hospital. Doctors found bullets in his stomach during the examination.

Last evening two suspects surrendered themselves at the Patong Police Station handing in a handgun at the time. They are facing charges of assault eventuating in death.

The suspects have allegedly told police that they tried to stop Mr Panya from trying to steal property from a tourist. More information when it comes to hand. 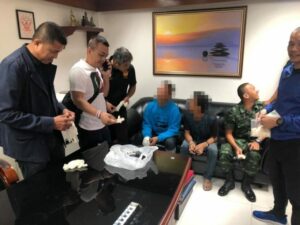 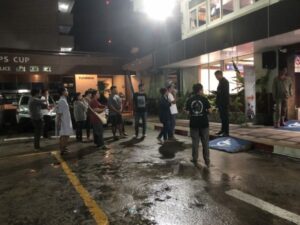 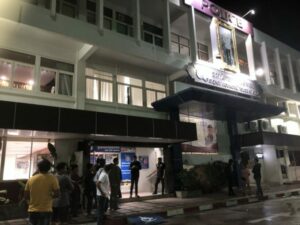