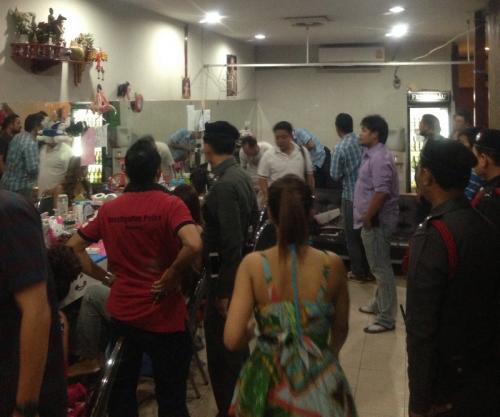 PHUKET: The Dragon Club, an erection behind the Jungceylon shopping mall in Patong (map here), was shut down on Thursday night after it was found to be hosting lewd shows in addition to doing business without a required license.

“We raided the entertainment venue at about 10:30pm and found a naked show being performed on stage,” Lt Col Nikorn of the Patong Police told the Phuket Gazette.

The manager on duty, Thanet Promprasert, 32, was arrested, as were three ladyboys participating in the lewd show, said Col Nikorn.

Mr Thanet was charged with having the venue illegally open.

All suspects were taken to Patong Police Station.