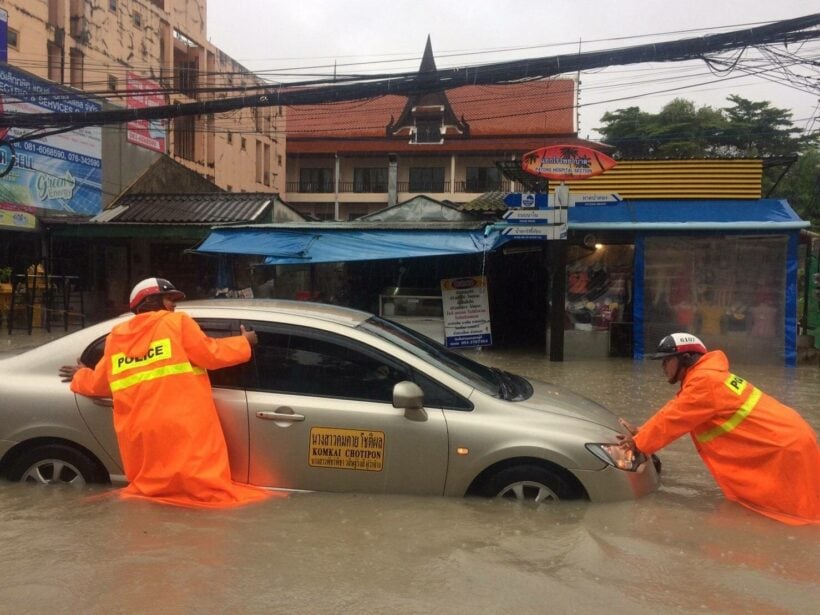 The torrential rain in Phuket is affecting several at-risk areas including Patong and the Sea Gypsy Village in Rawai.

Several hours of heavy rains have resulted in some parts of Patong to be underwater, especially on Rat-U-Thit 200 Pee Road where smaller vehicles and motorbikes could barely move through. More than a meter-high floods were a problem for traffic at the front of the Patong Police Station which destroyed many motorcycles parked in the vicinity. The Police station itself, including the reporting and suppression offices were also flooded. The Department of Disaster Prevention and Mitigation (DDPM) with the help of Patong traffic police are working to ease traffic issues in the area.

The Kusoldharm Foundation also provided a dinghy at its centre in Patong to help the patients and visitors who were trying to get into Patong Hospital. The flooding in front of the hospital is now reducing and expected to be gone in 2 hours.

Meanwhile, the Sea Gypsy Village in Rawai is facing a severe crisis following last night’s rain. The Rawai Municipality has already brought in the water pump to drain out flood waters in the worst affected areas.

“The village is located on the low land by the sea, making it a catchment for water from other areas. We are using two pumps to drain the water from the village and will soon get another extra pump from the DDPM. I’ve already reported to the Governor and he will visit the zone as soon as possible,” said Aroon Solos, Rawai’s Mayor. 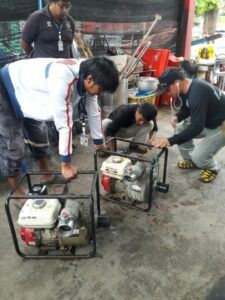 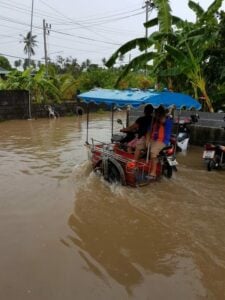