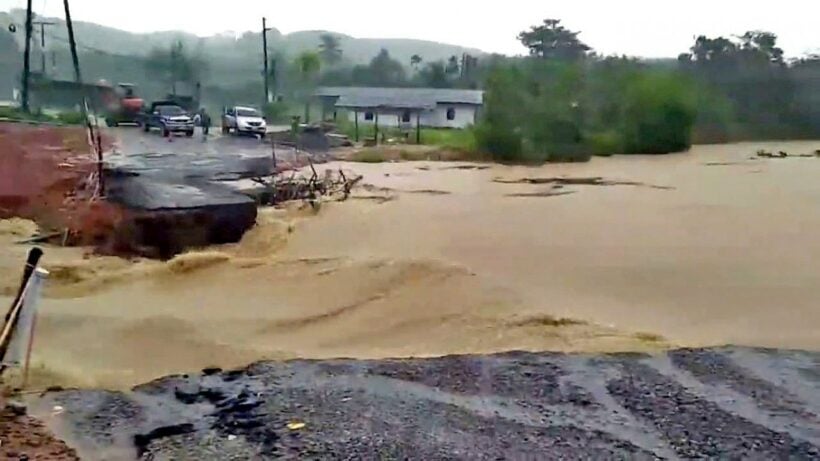 Last night it rained and rained in parts of Phuket and Phang Nga. This morning there were floods affecting many of the main arteries in both provinces.

In Tambon Klong Khian in Takua Thung district, runoff hit several villages and a main road as well as sending landslides at several spots on the main road in the district. The road was still passable in the morning.

Sayan Kijmano, chief of the Phang Nga disaster prevention and mitigation office, said the overnight rain in the province was measured at over 100mm, prompting the office to issue warning about flash flooding and landslides.

Sayan said the villages at risk were Ban Laem Hin, Ban Bakan, Ban Thonglang in Tamon Lor Yung and Ban Titeh, Ban Klong Sai in Tambon Klong Khian of Takua Thung. The area saw 127mm of rain in the past 12 hours, he added.

Location on hills in Patong, Karon and Kata to lose pressure Friday