An article appeared this week providing a misleading, dare I say ‘fake’, impression about the current tourist situation in Phuket. Given the highly selective and well-timed photos you would think that Phuket has been deserted by tourists and the place is a ghost town.

“The streets are barren and the high season has failed to arrive.”

“A devastating analysis – mostly via pictures – appeared on Facebook.”

“Expensive Phuket dead as a dodo this high season.” 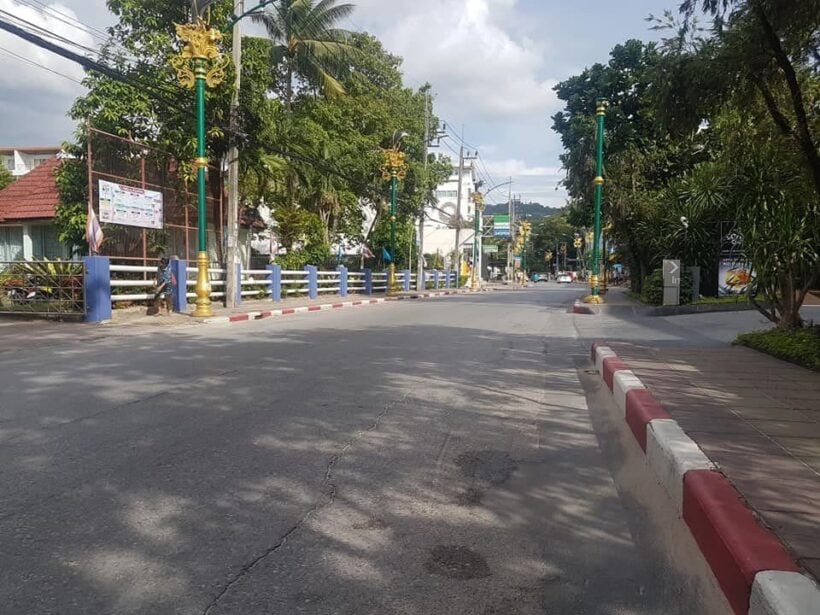 The article was high on opinion and anecdotes but low in facts or information from industry players.

Far from being an apologist for the ‘enthusiastic’ numbers sometimes provided by Thai authorities, The Thaiger is simply interested in the facts. So let’s just state the actual situation for the public record.

Phuket’s high season, so far, appears anecdotally, to be down on recent record years. But we’re talking up to 10% max, a long way from the ‘ghost town’ status that was painted by the article. Phuket has recorded a steady growth in tourists – 10-20% annually – for the past decade.

As usual, the situation is ‘lumpy’ with many hotels reporting that they’re booked out for the Christmas/New Year period, others still have rooms available. There has been an adjustment in the tourist mix, for sure, with some of the high numbers of Chinese tourists softening with other markets, including past European, Indian and Japanese tourists, filling spaces left by the Chinese.

The Thaiger can confidently assert that tourists are still coming to Phuket, in high numbers. We contacted a random selection of hotels and got the following anecdotal responses…

Mat Christie Hindmarch, Director of Hotel and Resorts, AKSARA Collection, noted that it was lovely to see Patong so busy both daytime and nighttime last weekend during his daily drive-through the coastal tourist town.

“It has been slightly sluggish this year in comparison with last. Thai tourism is facing challenges with, for example, the very strong Thai Baht, BREXIT (to a small extent as UK guests are holding onto their cash at the moment waiting to see what actually happens), Scandinavia, especially Sweden too has seen issues with their own currency making overseas travel more expensive than ever.

“The Russian market has fallen with very last minute sales and some heavy discounting needed to attract customers. Some operators put this down to the lack of slots at HKT international airport resulting in them having to head to Krabi instead,” said Mat.

“We’ve had a strong 2018, except for the past two months when we’ve seen about 15% drop in our numbers year-on-year. But bookings are strong from now to Christmas, about the same as last year, and then booked out until mid-January with strong bookings up until April. Certainly the Chinese numbers have dropped off but we’re still getting a lot of the FIT travellers from China who book us through Chinese travel Apps. – Phoebe Collins

Another hotel operator, who asked not to be named, said, “For this year, we are actually seeing the same ‘average room rate’ as for 2017 however the number of occupied rooms is down approximately 10% year on year. We are also seeing a swing towards a third adult sharing a room more than before.

“November, one of our resorts closed the month OVER budget and over last year figures, whilst the other did see drop in occupancy mainly due to some markets being maybe over confident with their start of high season projections”, he said.

Speaking about the Chinese market, Mat Christie Hindmarch said that the drop in Chinese tourists was been mostly affected by recent events, “however, we have already closed out during the Chinese New Year at one of our resorts with the Chinese agents trying to secure ‘pre buy’ during this time.

“Recent trips to China produced positive results and new agents are coming to work with us here in Phuket. Agents told us that they expect a strong bounce-back at Chinese New Year to previous figures.

c9hotelworks.com Managing Director Bill Barnett says that, while total numbers have fallen slightly, Phuket is still a lot busier than the ‘dead as a dodo’ article makes out…

“Last year Phuket International Airport hosted a record number of passenger arrivals both on overseas and domestic flights exceeding 8.4 million.  Putting 2018 into perspective, we have looked at latest actual numbers for January through October and factoring in current trends anticipate that full year 2018 will see close to 9.0 million passenger arrivals. This would be an 8% increase in year-on-year traffic. and not bad. considering the impact of the mid-year boat sinking episode. Good news, Phuket is far from dead.”

Last Saturday night this writer had to drive around Patong to get to the opening of a new rooftop club and it took about 35 minutes to get along Beach Road to the venue, opposite Loma Park. The traffic was as bad as usual during a bust period.

We also note that Phuket’s roads are as busy as would be expected for this time of the year so the roads are clogged with the usual tour coaches and passenger vans ferrying tourists to various destinations. There’s certainly no drop off in the number of vehicles on the road.

TEAFFIC ALERT- PHUKETSlow, slow traffic coming into and leaving Patong on the Patong Hill Road. Patience needed. It’s moving but going to be a slow plod in either direction for a few hours.

We’ve also had people sending us pictures of long Immigration queues, a sign that the planes are certainly still arriving full of tourists. The airport was certainly busy on Monday evening – these photos sent to us by a reader around 10.30pm. He reported that he’s seen the airport busier but said it was still busy. 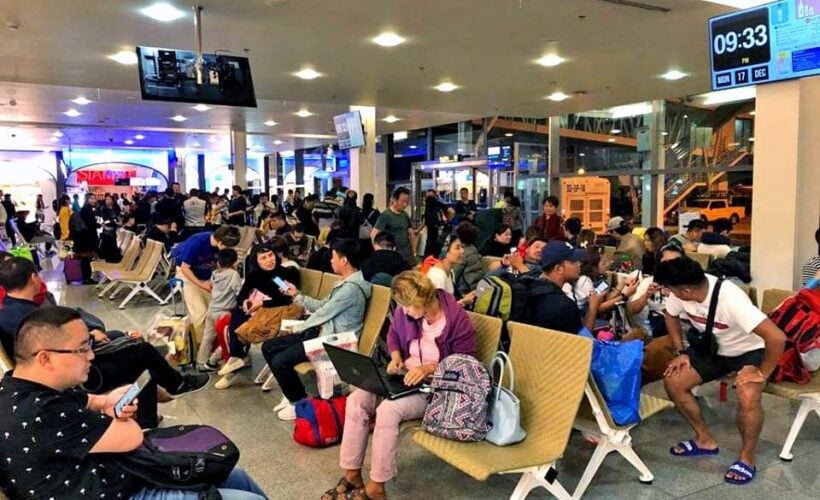 But we acknowledge that there are some businesses who are finding it difficult to attract customers. Businesses who have operated in places like Patong for the past decade have seen a remarkable change in the tourist mix, shopping habits and expectations of tourists. Many have failed to adapt and shun the changes necessary to keep up with the evolving arrivals.

We should also acknowledge that there is huge room for improvement in many of the services and infrastructure. Did anyone say ‘taxis’ or ‘public transport’?

At the same time there has been a huge surge in new hotels, tour operators, tour boats AND island traffic. There is a lot of new infrastructure underway and many new investments in the pipeline over the next five years.

Addressing the ‘expensive’ label, Phuket’s costs have risen, along with all major Thai holiday venues. You can cherry pick a few examples of high costs (taxis, tuk tuks and beach road restaurants) but, as an eight year expat, I can’t really notice any huge changes in the general cost of living for weekly food shopping, accommodation or daily costs.

We enjoy a bit of good-spirited Pattaya v Phuket competition but the article was simply incorrect and designed to give a false impression of the tourist situation in the Pearl of the Andaman.