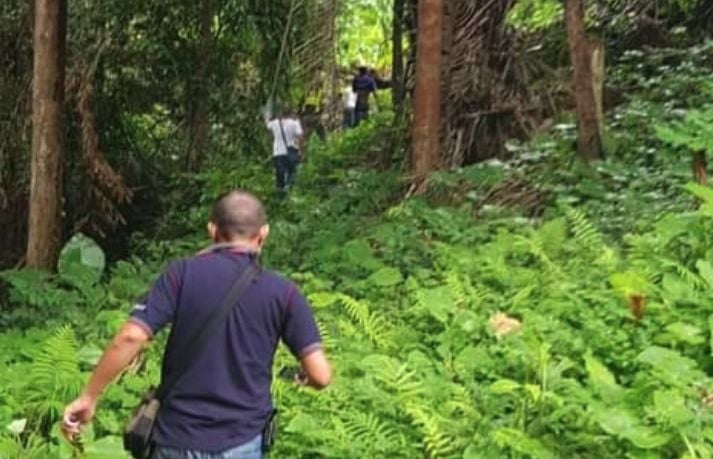 A retired police officer’s body has been found in Patong, Phuket after being reported missing in the foothills of the west coast Patong area.  The man, 79 year old Lt. Seri Phupet, was found with his legs pinned under a fallen tree and had a machete reportedly by his side. Seri reportedly had been missing for the past six days and was found yesterday after Patong Lt Pongsathorn was notified of a body being discovered at 2 pm. The man’s daughter has identified the body, however, she did not report that her father had been missing until yesterday morning.

According to the Phuket News, the daughter gave no explanation as to why she waited so long to report her father as missing. The location of the body found was reportedly in the jungle, and was situated north of the intersection of Phra Baramee Rd and Rath-U-Thit 200 Pi Rd in Patong.

“It appears the tree fell on him and he was unable to free himself. However, we are still waiting for doctors to confirm the cause of death.”