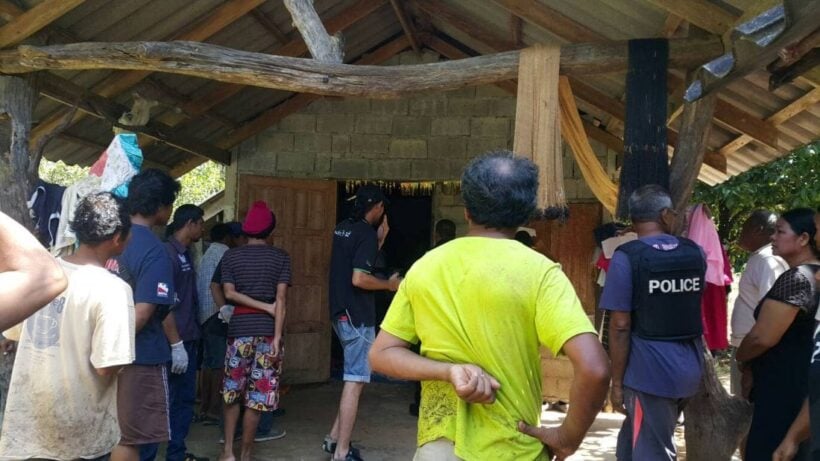 A man allegedly strangled his wife to death then held his two children hostage in Krabi yesterday.

Khao Panom Police were notified about the incident at a house in Khao Panom yesterday morning.

Police, soldiers and rescue workers arrived to discover an angry and upset man, 34 year old Prateep Cueaput. He was locked in his house with his 4 and 8 year old children, along with his death wife.

Police took three hours to negotiate with Prateep from outside the house until the man opened the window and released his eight year old boy to the police. He still kept his four year old daughter with him as negotiations continued.

Finally, soldiers rushed the house through a window and captured Prateep. He was taken to Khao Panom Police Station. His four year old daughter was traumatised but otherwise OK. Prateep tested positive for drugs.

The body of 32 year old Korakot Jantawong was found inside the house with bruise wounds on her neck. Police believed that she had died at least 10 hours before the body was recovered.

Prateep has been charged with murder and detaining other people.