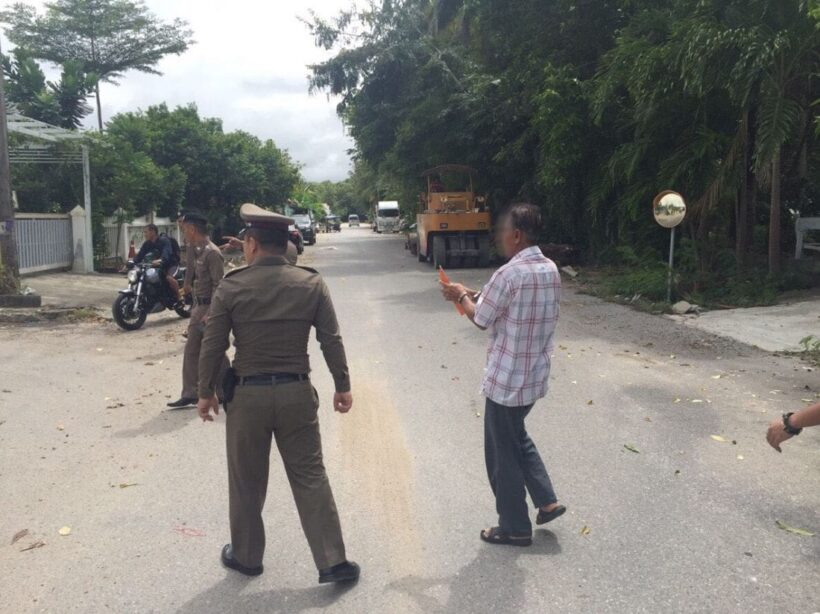 The Tha Chatchai Police have arrested a man who has admitted to killing his ex-girlfriend in Mai Khao.

A man stabbed his ex-girlfriend to death in Mai Khao on November 7 before escaping. Police believe the violent act was brought about over jealousy. The two had been together for only three months.

Read more about the original reports of the murder HERE.

The Tha Chatchai Police today revealed that they have arrested 69 year old Somboon Saelao who was a wanted suspect following the arrest warrant issued by the Phuket Provincial Court on November 8 for “intent to murder”.

Somboon admitted he used a sharp impliment, similar to scissors, and stabbed at 55 year old Orrathai Fonghoay. He then told police he threw his weapon into the sea at Sarasin Bridge before escaping to Phang Nga.

Somboon told police that, on that day of the murder, he tried to convince Ms Orrathai to return home with him. He said Ms Orrathai made disparaging comments about his penis which made him angry. So he used a sharp tool that he was carrying with him and stabbed Ms Orrathai to death.