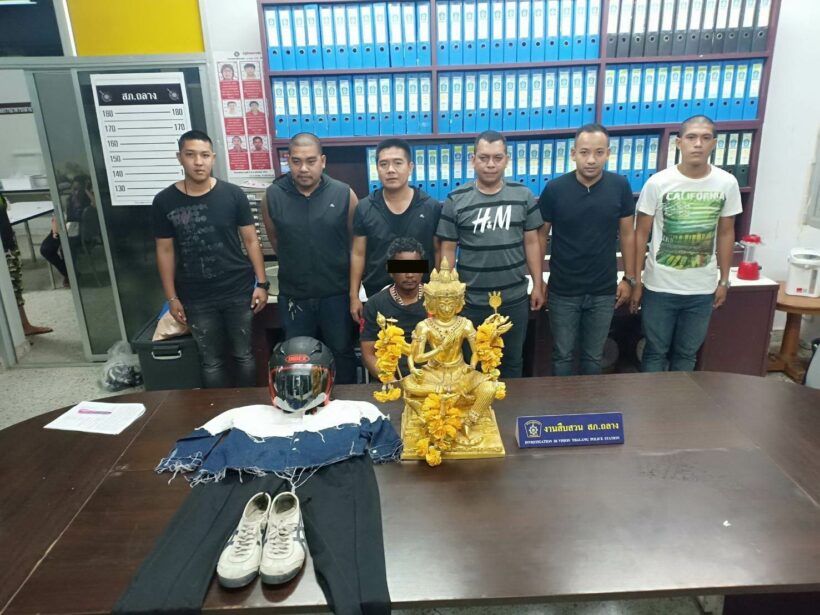 A Thai man has been arrested after stealing a Hindu god statue in Thalang yesterday (July 4).

A team at the Thalang Police have arrested 47 year old Montri Sawettadun from Trang. He was arrested at 7pm at a worker’s camp in Panason housing estate. Police seized the ‘Brahma’ (four faces Hindu god statue).

The arrest happened after police were notified by a 36 year old female, Surarak Hasapak, from Nakhon Sri Thammarat, about the theft .

Ms Surarat told police that at 4am on same day, a thief stole the ‘Brahma’ which was placed in a shrine inside Mueang Mai PTT gas station.

Police tracked the man down from CTTV footage and identified him as Montri. Police went to the worker’s camp and found Montri and the stolen ‘Brahma’ statue.

Montri was taken to Thalang Police Station where he was charged with theft.

Phuket Brand trade fair to be held at Jungceylon

Can’t swim, can’t dive. But it’s the only option.