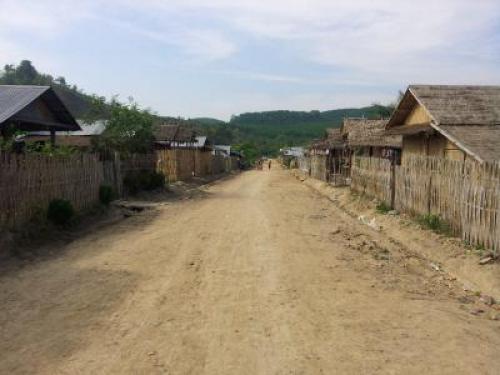 PHUKET: An ensemble of 10 top-flight classical musicians accompanied by 100 students will perform in concert in Phuket free of charge tonight (July 23) to raise funds for Myanmar refugee children living near the border town of Sangkhlaburi, in Kanchanaburi province.

The two-hour concert, to be held at the Andaman Embrace Resort & Spa on Haad Patong Road (map here), will begin at 6pm.

“The Concert World benefit performances have been taking place for 13 years now, and this concert is being organized by World Share,” he added.

Most of the refugee families make broomsticks for a living, earning about 1,000 baht per family per month. There are no sewers and 60 per cent of households in the village do not have toilets.

Around 50,000 refugees live in the jungle close to the Myanmar border. The refugees are restricted to the area, with no electricity or running water in their homes.

To alleviate the conditions the refugees are living in, World Share is raising funds to provide a dormitory, nourishing food and medical services, and to support a border school.

The United Nations refugee villages in the area will no longer receive support from December next year, and the dormitories the refugee children currently stay in while receiving what education is available are already deteriorated and in the process of moving to a pay-for system.

“We would like to provide a dormitory for students around the ages of 10-15 and to help them to enter university or to become a working members of society,” World Share says.

In order to do that, World Share will provide accommodation, meals, pocket money, uniforms, textbooks, education and scholarships, if the children are accepted to a university.

Among the medical services to be provided is care for 15-year-old Suri, who was born with webbed fingers and toes and a fused spine, which prevents her from moving her arms and legs. She can’t chew properly, so her food needs to be chewed or otherwise ground down for her.

Suri’s mother passed away eight months after giving birth to her younger sister, so her father is homebound to take care of her and cannot work outside.

World Share’s support for medical services for Suri started on May 6, after staff received a letter from Sangkhlaburi Hospital.

World Share asked the cost and availability of surgery for the girl, and on June 24, through the help of the Sangkhlaburi District Office, Suri and her father travelled to Sirirat Hospital in Bangkok for an expert’s medical opinion.

A second checkup will take place on September 4 and an operation is scheduled for September 27. According to doctors, Suri will be able to hold things after surgery. She will even be able to walk and use her arms after physical therapy.

“However, the operation on her spine is impossible,” the report said.

Fund-raising for Suri is already underway, and will continue, said Mr Han.

“We need to cover the cost of the operation, physical rehabilitation and living expenses,” he explained.

The concert tonight is free, but donations are welcome at the event.