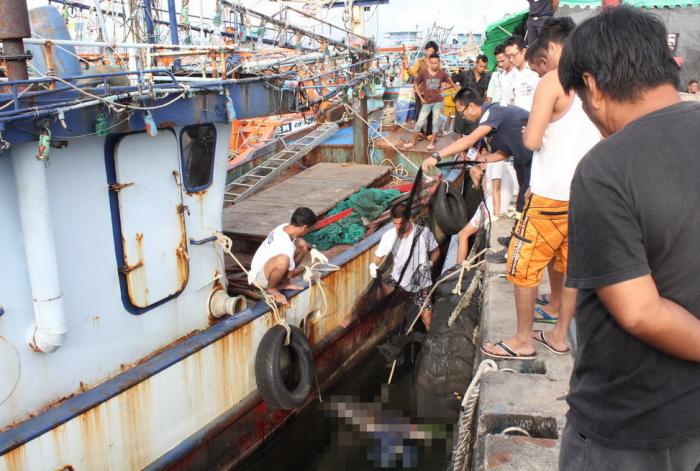 PHUKET: The rotting body of an unidentified man was found floating at the Rassada Pier yesterday morning.

Lt Surachat Thongyai of Phuket City Police received reports from near the Fish Marketing Organization at about 7:10am.

“The body was faceless and could not be identified as only the skull remained. There was a tattoo on the left side of his neck. He was wearing blue-red sport shorts and a black long-sleeved shirt. We believe he may be of Burmese descent and part of a fishing boat crew,” said Lt Surachat.

“The body is, give or take, 15 days old, and has been sent to Vachira Phuket Hospital for further examination.”

“We asked around and no one seems to know him. It’s possible that this was a crime, and he was killed and thrown into the sea to hide the evidence. It’s also possible that he fell off a boat on his own and died. We can’t say at this time,” said Lt Surachat.

Police told the Phuket Gazette that they intend to investigate the case further by collecting more evidence and questioning more people.

International passengers must pay new B15 surcharge per flight