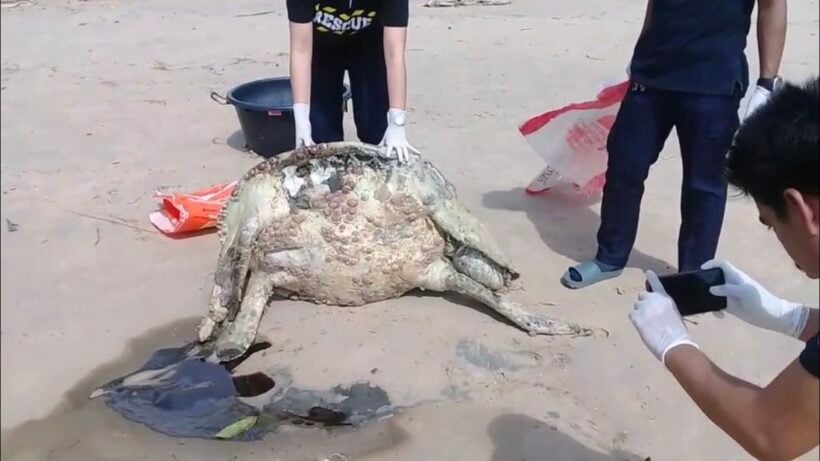 Fishing equipment and other rubbish has been found inside a large dead sea turtle on Kamala beach yesterday.

Staff from the Phuket Marine Biology Centre at Cape Panwa were notified from locals that the big sea turtle had been washed up on Kamala beach.

The turtle was nearly a metre long and weighed about 90 kilogram. The body had already started rotting. Pieces of fishing net and garbage were found inside the turtle .

Meanwhile a live sea turtle was rescued after being washed up on the shores of Kamala beach on Sunday afternoon. It’s currently recovering at the PMBC. 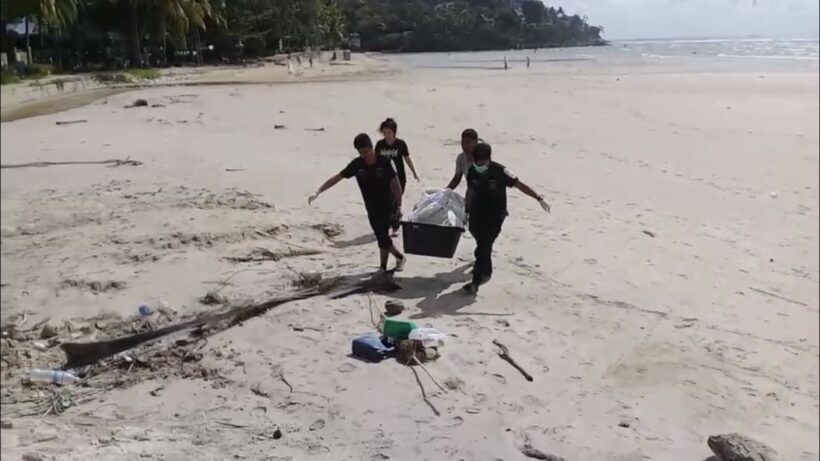 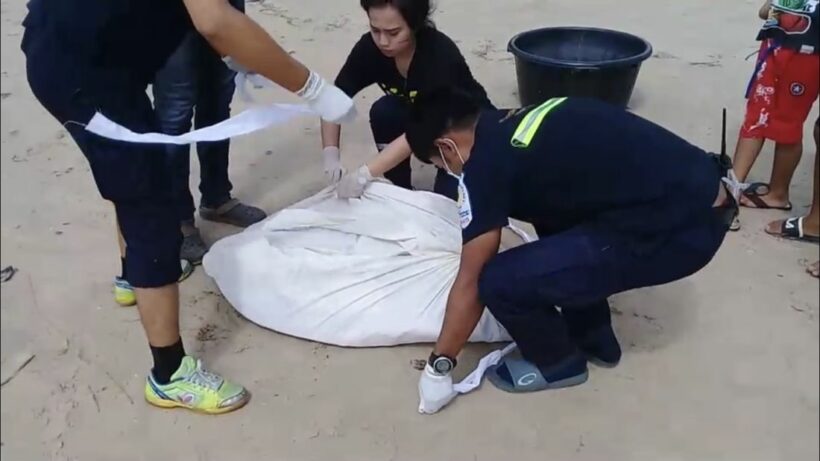 One dead, one injured after stabbing in Chalong