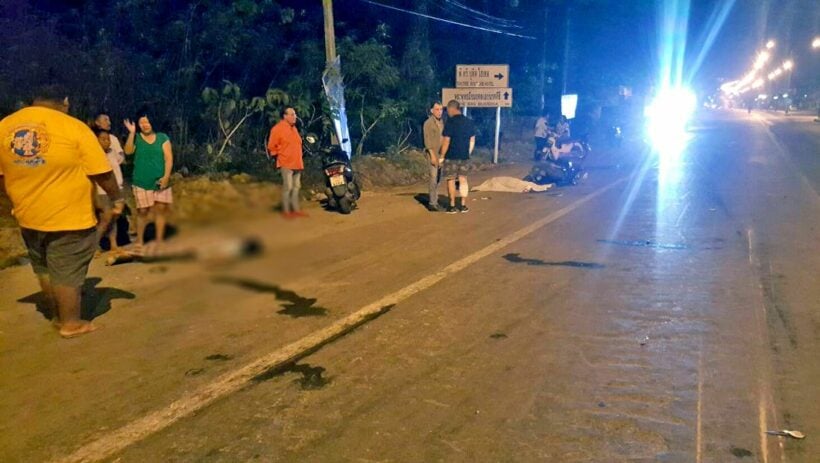 The accident happened on Viset Road in front of a public health centre at 1.30am.

The Honda Wave motorbike driver was 37 years old Siripong Mulikkabut. He sustained serious injuries and was rushed to Vachira Hospital where he was later pronounced dead. He was not wearing a helmet. His passenger, 35 year old Warunee Hosakun, died at the scene.

The driver of a white Ducati model big bike was 48 year old French man Philippe Menduni. He died at the scene.

Police are continuing their investigation. Police also report that none of the riders were wearing helmets.