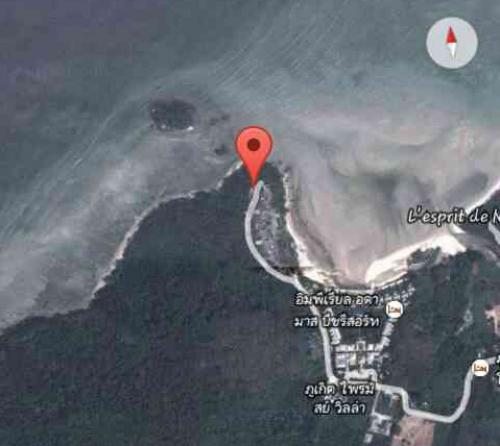 PHUKET: A French family who went walking in search of a new resort to stay in south of Nai Yang Beach have been found safe and sound after losing themselves in a tropical forest last night.

Officers from the Phuket Tourist Police received a call for help from father-of-three Frenchman Bill Letshon, 56, at about 6:30pm.

Ten officers from the Tah Chat Chai Police along with rescue workers from the Kusoldharm Foundation quickly formed teams to search for the missing tourists.

After about two and a half hours of searching in the Ruak & Muang Forest in the Muang Hills, north of Naithon Beach (map here), a team led by Sub Lt Yuthana Chitcholatarn of Tah Chat Chai Police found the family.

“We found them at about 8:30pm about six kilometers from where they began their trek,” Sub Lt Yuthana told the Phuket Gazette.

“It took two hours to lead them back out of the forest because paths through the hills made it difficult to walk at a good pace,” he added.

“It’s our first time in Phuket. We stayed overnight at a resort at Nai Yang Beach and checked out in the afternoon to find another hotel to stay in,” Mr Letshon told police.

“We opened a map and walked along the Nai Yang beachfront road, expecting to find a hotel at Naithon Beach [the next beach south of Nai Yang].

“We realized we were walking into a forest, but we didn’t understand how difficult the going would be. By 6:30pm, I realized that we were lost. I remembered the Tourist Police hotline number [Tel: 1155] from a brochure at the airport, so we called the police for help,” Mr Letshon explained.

“Thank you to the police for finding us and bringing us back to safety,” he said.