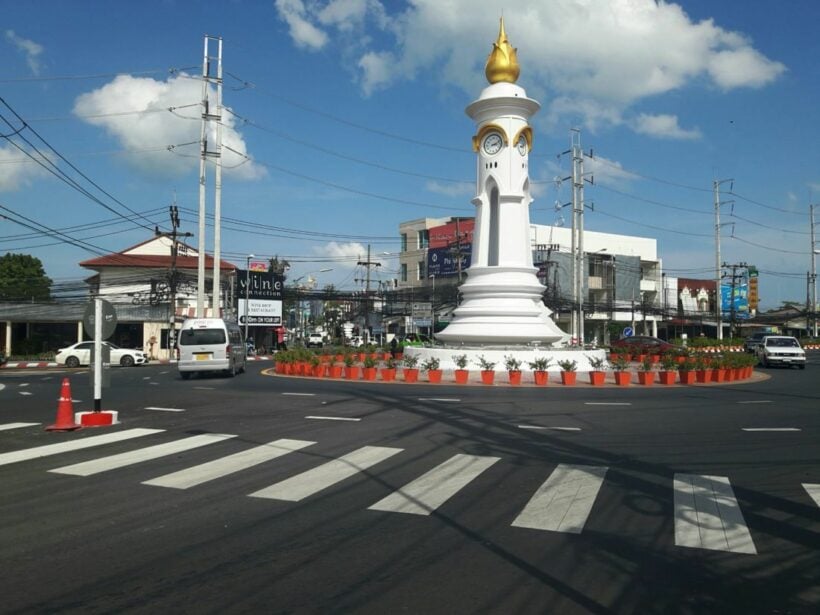 The 540 million baht underground tunnel at Chalong Circle has now been officially opened by the Thai PM.

Traffic exceeding 100,000 vehicles a day takes Phuket locals north and south from Rawai to the rest of the island and tour buses and vans to the southern beaches Cape Promthep, Kata and Karon. Construction was a long, arduous affair for the construction company and locals. It began in July 2015 and the tunnel was eventual open to traffic on May 31 (southbound, northbound traffic a few days later).

The tunnel is only two lanes wide but 5.5 metres high to accommodate larger trucks and double-decker tour buses. The tunnel is equipped with electrical water-pumping, drainage, lighting, ventilation and safety equipment. Above ground the construction zone is slowly being landscaped to improve the amenity of the area after the four years of mess-making.

The new lotus tower is the feature of the slightly-expanded roundabout with a golden lotus at the top.

Out of the five underpasses constructed over the past seven years – Chalong Underpass, Samkong Underpass, Darasamuth (Central Festival) Underpass and Bang Khu Underpass – only Sanam Bin (meaning ‘airport) is yet to be fully finished and should be opened in October this year. Northbound traffic has been using the underpass for six months already.

But don’t get too excited about the finish of all the roadworks Phuketians, the light rail construction is set to begin next year and will rip up most of the island’s main north-south artery Thepkasattri Road in the process. 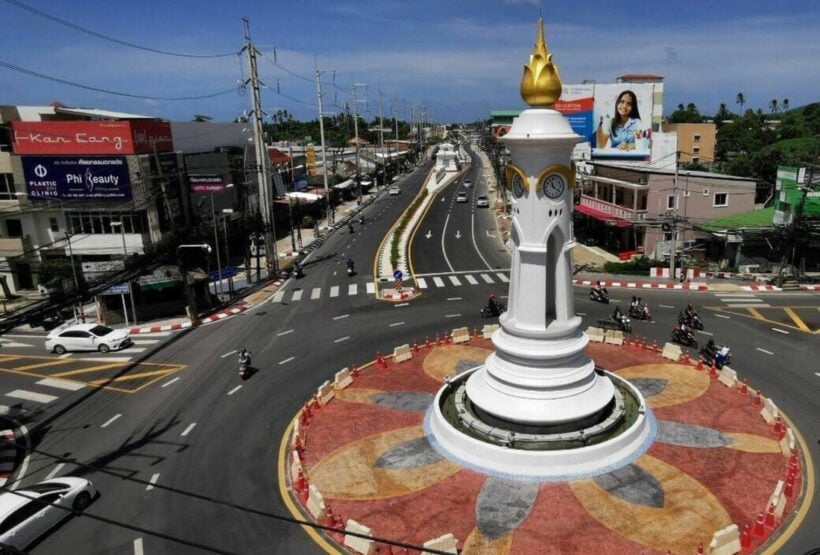