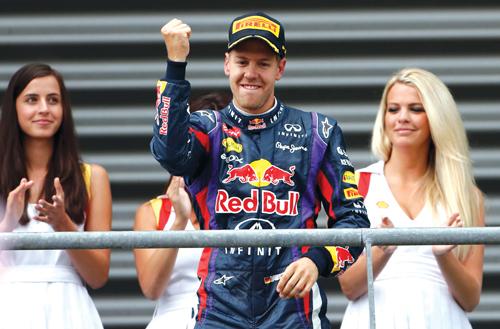 PHUKET: Before Spa, I said that we must hope that there had been some breakthroughs to spice-up a season dominated by Red Bull. It’s all getting a bit predictable. I trusted rain to add spice, but it was stubbornly dry at Spa (click here for story).

I said that both Spa and the uninteresting new Pirelli tyres would favour Red Bull. And they did. Sebastian Vettel took a tedious victory. Webber ran a reverse tyre strategy, started badly and could finally not pass either Mercedes even on soft tyres, so ended 5th.

My predictions were that Mercedes would qualify on pole, with Red Bull near the top of the order. It was indeed Mercedes, Red Bull, Red Bull, Mercedes. As I hoped, Mercedes may have learned to manage tyres, and came in 3rd and 4th. But they provided no serious challenge to Vettel, and Alonso out-drove Hamilton. I hoped that Lotus might have developed ways to drive in cold weather and Ferrari might have managed those upgrades it missed.

My prediction was that Lotus would qualify in a mediocre fashion. They started 8th and 9th. Kimi Räikkönen’s long finishing streak ended with a brake failure, but to be fair he looked off the pace before that. Romain Grosjean finished where he started on 8th.

I forecast that Fernando Alonso was in contention to win, but that his team-mate Felipe Massa was going to finish near the bottom of the points. Starting 9th and 10th, they finished 2nd and 7th respectively.

So is it really that predictable now?

Is all we have to interest us Kimi’s future seat, the size of Daniel Ricciardo’s bottom, and Louis Hamilton’s refusal to wear his Mercedes team cap unless he redesigns the strip?

Could Monza change things and return racing to the fore? It’s the fastest track of the season with speeds of up to 340 km/h. and the down-force will be very low, which makes the cars even more challenging to drive, particularly around chicanes. This circuit gives all teams the chance to prove what their cars are can do on long straights and it gives the best divers a chance to shine. Massa and others have plenty of opportunities to get the braking wrong and end up in the gravel at Monza.

Monza has an exceptionally high pit loss time, which together with low fuel usage drives teams towards a one-stop strategy. So tyres need to be managed; there are huge energy surges through the tyres, and plenty of bumpy sectors and high-speed impacts with kerbs. Overheating and blistering are challenges

Monza will suit Red Bull, but perhaps not as much as many would think. Red Bull has typically had the fastest lap times in the season but not necessarily the fastest straight-line speed. Alonso, Kimi and Hamilton will all be competitive in the right conditions, and we are expecting thunderstorms. Webber may do better than Vettel. McLaren, Williams and Force India will all feel hopeful, I think.

But is it actually possible for anyone to challenge Vettel for the championship now? Arithmetically it is of course. But what does history say? Look at the chart on this page to see Vettel and Alonso’s last season and this one. In 2012, at the same point in the season, the gap between Vettel and Alonso was much the same as it is this year, albeit the other way round, yet we had a nail-biting finish to the season. Vettel lagged behind Alonso until Race 16 (equivalent to India this year). In fact Vettel did not seriously start to attack Alonso until Race 13 (equivalent to Singapore this year).

Of course, Red Bull suffered from alternator problems last year, but history says that he is catchable by Kimi, Hamilton or Alonso at least. So there is hope.

Monza consists principally of very long straights and tight chicanes. It is one of the greatest tracks in F1. Monza and Monaco are the only two races where teams take aerodynamic components only used at those tracks, so they need to get that right.

The alternative is too horrible to accept.

The race is on Sunday at 7 pm and qualifying is on Saturday at the same time. Join The Digby at The Green Man to watch it on the Big Screen, where we are hoping for a “Big Surprise” (click here for map).