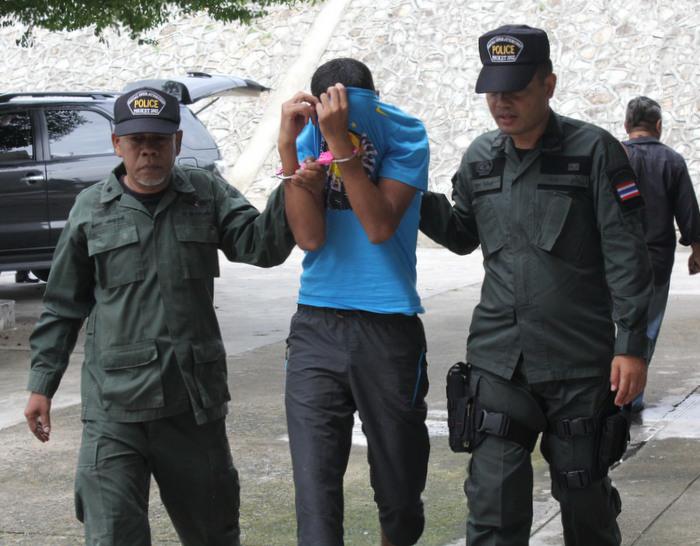 PHUKET: Acting on a tip from a bank, police yesterday arrested an expat Frenchman with counterfeit ATM cards and a stash of marijuana.

Jawad Naci, 32, was caught after Siam Commercial Bank in Bangkok called Phuket police to say a counterfeit electronic card had been used at an ATM in Srisoonthorn, in central Phuket.

Police went to the ATM in question, obtained CCTV images and were able to get Mr Naci’s name and address from Phuket Immigration, said Police Region 8 Commander Panya Mamen.

Officers found Mr Naci at the nearby Tawan Place Village housing estate in Srisoonthorn, followed him to Patong, and arrested him in a parking lot there at 3pm.

“We took him back to his house, where we found 71 counterfeit electronic cards and 106.08 grams of marijuana,” said Gen Panya. “He confessed to everything.”

Mr Naci was charged with possession of a Category 5 drug and ATM fraud.